I’ve just started reading Alan Alda’s If I Understood You Would I Have This Look on My Face? My Adventures in the Art and Science of Relating and Communicating. My review will appear soon, but in the meantime, I thought you may be interested in reading an excerpt from the book. I’ve gotten permission from the publisher to excerpt Chapter 12, which appears below.

My Life As a Lab Rat
Testing an Empathy Exercise

I have a habit of experimenting on myself.

In my twenties, I was fascinated by the notion that a person’s temperature goes up and down during the day. So, to test the idea, for several months I carried a thermometer in my pocket and took my temperature every hour. No matter where I was. Understandably, I appeared a little weird to the people I had meetings with while I had this thing sticking out of my mouth.

I got caught up in the same kind of mania when I started looking for ways to practice mind reading on my own. I wanted to see if I could improve on my abilities at empathy and Theory of Mind and I was searching for a kind of personal human-contact workout gym.

I started by practicing reading the faces of strangers – people in the street, store clerks, taxi drivers – trying to get inside their heads and figure out why they were saying what they said, the meaning of their body language and tone of voice.

I practiced listening to people; asking their opinion about things. Even in casual encounters, I tried to see things through their eyes.

I did it everywhere I went. It was a little less obvious than walking around with a thermometer in my mouth, but no less obsessive. Surprisingly, it seemed to be having an effect on me. Maybe it was causing a change in the tone of my own voice or the look on my face. Something seemed to be changing, because the behavior of other people was becoming different.

One day, I hailed a taxi at Columbus Circle. The cab pulled up and the driver rolled down the passenger window and called out to me, “Where are you going?” When drivers ask you this before you get in the cab, it means they won’t take the fare unless they like where you’re going. This is against the law. I drove a cab for a while in my twenties and I know how annoying it can be to have to drive to far flung places – I once had to dig my cab out of a snow bank in the Bronx at two in the morning –but I went where the passengers wanted to go, because I knew I had to. When I get asked this question now, my usual response is not to identify compassionately with the driver, but to stoke the fire under my boiling blood. I went, pal, and so can you! is roughly my thought and I walk away without negotiating.

But this time, I looked him in the eye. I saw no hostility. It’s the end of his shift, I thought. He wants to get home. Suddenly, I was all empathized up. I gave him the address, and he let me get in the car. I was surprised I didn’t feel my usual resentment at having to audition for a cab ride, but then he said: “What’s the cross street?” This was another flash point. I’ve never been there before, I thought. How am I supposed to know the cross street!? Isn’t that sort of your job? Ordinarily, I would start boiling again. Instead, I took out my iPhone and opened a map. “I’m looking it up for you,” I said. We were getting to be real team mates.

“Thank you,” he said. “I’m trying to get to a bathroom. I needed to go for the last half hour.”

“No. No,” he said. “You’re a kind person. People get in this cab, they don’t care about other people. I’m taking you where you’re going.”

Now, we were in an ecstasy of cooperation.

“Don’t make the turn here,” I say, “you’ll have to go four blocks out of your way. You’ll waste five minutes.”

I couldn’t stop him. This man was sacrificing his bladder for me. I wished I’d never started the whole thing.

I stopped practicing empathy for a while; it was exhausting. But I couldn’t stay away for long. I started in again, with a slight shift. I began to look at people’s faces not only to guess what they were feeling, but to actually name it. I would mentally attach a word to what I thought was their emotion. Labeling it meant that I wasn’t just observing them; I was making a conscious effort to settle on the exact word that described what I saw. This had an interesting effect on me. First, I felt I was listening more intently to what they were saying, even if earlier I had found them somewhat boring. And secondly, I would feel a sense of comfort, almost a sense of peace, come over me. It seemed a little bizarre, but so far it wasn’t causing people to sacrifice their organs for me.

The feeling of peace was probably just a sense of relaxation. Whatever it was, naming other people’s emotions seemed to help me focus on them more and it made talking to them more pleasant. I had no idea, of course, if other people who tried this would have the same experience, or if it was true that I was building up some empathy. Someone would have to do a study on it to find out. But I didn’t expect anyone to devote research time to studying such a cockeyed idea. On the other hand… 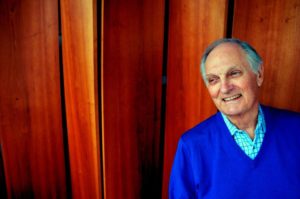