Yesterday I reviewed It’s Not Jack and the Beanstalk, a  classic fairy tale with a twist (don’t forget to comment for a chance to win a copy). Today I’m featuring a guest post where the author, Josh Funk, provides a funny look at why he choose to write the story the way he did. Here’s a bit of info about Funk:

Like Jack, Josh Funk loves telling his own stories. He is the author of the popular picture books Lady Pancake & Sir French Toast and its sequel, The Case of the Stinky Stench, illustrated by Brendan Kearney; Dear Dragon, illustrated by Rodolfo Montalvo; and the upcoming How to Code a Sandcastle illustrated by Sara Palacios in partnership with Girls Who Code. Josh lives in New England with his wife and children. Learn more about him at www.joshfunkbooks.com, and follow him on Twitter @joshfunkbooks.

You can find a book trailer, collector’s cards, and more at www.joshfunkbooks.com/stuff-for-kids.

Why did I choose to take a familiar old tale and inject it with humor? 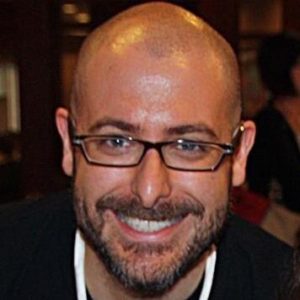 Jack, a poor boy, with no father, traded one of his few possessions for ONLY FIVE BEANS?!

Apparently, the answer is yes. And amazingly, Jack selling his cow for a handful of beans is the most sensible thing that happens in the traditional tale of Jack and the Beanstalk.

And after committing three counts of grand larceny and murder, Jack lives happily ever after.

Are you as perplexed as I am?

I wondered what would happen if Jack had keen sensibilities and a sharp wit? The story probably wouldn’t get past page 2—at least, not without Jack giving the storyteller a piece of his mind.

And that’s why I wrote It’s Not Jack and the Beanstalk—a picture book where Jack talks back to the narrating storyteller. Reluctantly he sells his cow. He doesn’t climb the beanstalk without a hefty argument. And breaking into a giant’s house? Spoiler alert: that’s a terrible idea!

And it’s my hope that children get huge laughs at seeing their parents, teachers, librarians, and caregivers look utterly foolish while trying (and failing) to tell the familiar old tale.