Today I’m taking part in the Zestbooks Historical Heartthrobs blog tour.  Please note: the giveaway is closed. Congratulations to BN100 on winning! Check out the other stops on the tour. And see what author Kelly Murphy has to say about her book, the heartthrob that didn’t make the list, and more. 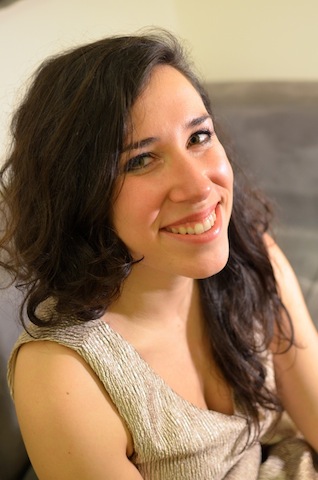 Born and raised among the sprawling cornfields of rural Pennsylvania, Kelly Murphy now writes from her child-sized apartment in Crown Heights, Brooklyn. Her articles have appeared in Brokelyn, Brooklyn Based, Chic Today, NCTE’s The Council Chronicle, and various other publications. A Penn State graduate, Kelly currently works in publishing.

You say in your introduction that History wasn’t really your thing when you were in school. How did you develop an interest in it?

KM: It wasn’t so much that I developed an interest in history later in life. Rather, I developed an interest in people and their stories. They say truth is stranger than fiction, and some of the strangest truths come from the people who shaped the world we live in today politically and culturally. I mean, Lord Byron had a pet bear–that’s nuts, even for the Romantic Era. So figuring out how these quirky stories inform our social narrative drew me in.

What made you want to create a list of historical heartthrobs?

KM: Well, here’s the thing–it’s hard to interest teens (and adults, for that matter) in this kind of subject matter as it’s traditionally presented. What people can’t get enough of, though, is scandal and drama and minute details of everyone else’s sex lives. Incidentally, many of our important historical figures had pretty saucy personal lives, but you might have to dig through a 300-page tome to find out about it. In this case, I did the digging for the readers.

Did you have difficulty winnowing the list down to 50?

KM: It actually worked sort of in reverse of that. I worked closely with the publisher to meticulously craft a list of exactly the right figures who came from a broad spectrum of backgrounds and offered a wide variety of charming characteristics. Certainly there were people it broke my heart not include, though.

If you could have included one more person, who would it have been and why?

KM: Nice segue, Cindy! My editor and I chatted a lot about including Barack Obama, but in the end we decided not to for many reasons. He’s definitely a fox, though.

Do you have a favorite heartthrob on the list?

KM: A bunch, of course. I have pretty eclectic taste. Someone I’ve been thinking about a lot of late is George Sand, who was so epically progressive and also seemed to have every bohemian of the time wrapped around her finger, regardless of gender. No one even remembers what she wrote. She was just doing her thing–I love that!

How did you conduct research to come up with all the facts, quotes and other tidbits you write about each person?

KM: Oy, this was definitely the hardest part. Because the figures included range from scientists to gangsters to women’s lib movement leaders, it was tough to find reliable sources of info all in one spot. I spent a lot of time on JSTOR perusing scholarship on some, searched old newspaper and gossip column clippings for others–even watched films and video interviews with more recent public figures.

How long did you spend researching?

KM: I researched as I wrote and uncovered new factoids about each historical figure, so the whole process overall took about seven months. Seven intensive months.

Is there anything else you’d like to say to readers at MotherDaughterBookClub.com?

KM: Thanks for reading! Definitely let me know who your favorite heartthrob is.