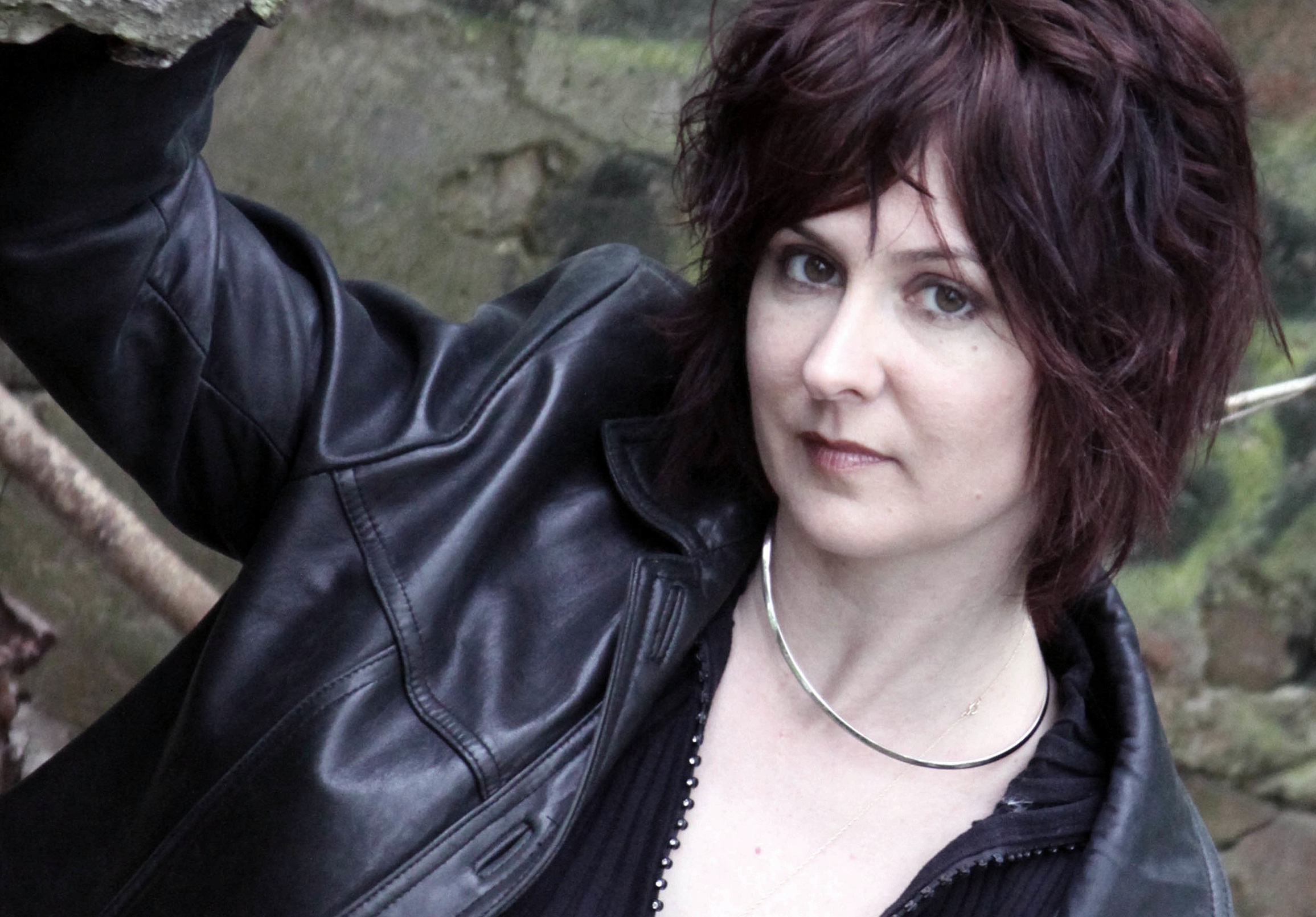 Yesterday I featured a review of Colleen Gleason’s The Clockwork Scarab, the first in a series for young adults set in steampunk Victorian London. It features two fresh heroines solving a mystery: Evaline Stoker, Bram’s sister, and Mina Holmes, Sherlock’s niece. The mystery and intrigue Gleason weaves into the story are delightful.

Today I’m featuring an interview with the author of The Clockwork Scarab. Please note: the giveaway is closed. Congratulations to White Wolf Reads on winning.

Colleen Gleason is the author of more than two dozen novels, including the paranormal romance series The Gardella Vampire Chronicles—about a female vampire hunter who lives during the time of Jane Austen. She lives in the Midwest. Here’s the interview:

CG: The very first time I remember thinking about how much I enjoyed writing was when I was in second or third grade. I’d written a story that got a lot of attention from my parents and teachers.

After that, I just realized I liked to tell stories. I was always a voracious reader, and there came a time in high school or so that I realized I wanted to tell the stories my way. 🙂

I wrote eight full-length novels of 90,000 words or more before I sold my first book in 2005, and I haven’t looked back…or been happier to be doing something I love.

What do you like best about writing for young adults?

CG: I love being able to push the boundaries of genre. In adult fiction, there are much more rigid expectations and boundaries for the type of book I (or anyone) writes—you’re either writing mystery or romance or science fiction or whatever…and if you have a book that crosses those lines, it’s harder to sell, to place, to find its readers.

The beauty of YA fiction is that anything goes—I have included elements of mystery, steampunk/science fiction, time travel, and romance in the Stoker & Holmes books and I love that I can do that without having to worry about where it’s going to be placed in the bookstore.

In The Clockwork Scarab, you craft a new story with elements from familiar fictional ones. What were the challenges of creating something fresh while drawing on classic works?

CG: Well, I am an absolute rabid Sherlock Holmes fan, and so I wanted to make sure I was doing Doyle’s amazing character justice. I wanted to be able to create a related Holmesian character that “fit” with the world in the original stories, and yet I wanted to expand it into something young women (and men) would relate to.

I also adore DRACULA and was cognizant of needing to be true to Bram Stoker and his world as well. It turned out to be rather amusing that the Mina in my book is not a Stoker but a Holmes–but it made sense to the character of Mina Harker that Bram Stoker created a century ago.

Crossing over between literary characters and historical ones was a challenge in and of itself because I was determined to make it work–and do my best not to upset the Sherlockian world in the way some other Holmesian pastiches have done. (At least, in my opinion.)

The steampunk London you portray from the late 1800s is your original rendering as opposed to historical. How did you get into that world to portray the details necessary to bring it to life?

CG: When I’m in a world—i.e. writing a scene in one—I try to remember to add minor details as a “check-in” for the reader to be reminded that the world isn’t the one they live in. So as I’m writing a scene, I’m thinking about anything that would affect the characters and what restrictions they might have (physically, societally, and culturally). In fact, I challenge myself to think of what would be different about this new world—and why (which is just as important as what)—and then sprinkle in those details.

For example, why is steam such a common source of energy in this London? Well, because electricity is illegal. What does this mean for the characters? How does it affect their lives?

What do they do for fun? What do they do every day that we think of as routine (i.e. brush teeth, get dressed, travel somewhere, check the time) and how can I demonstrate the difference between that world and our world? That’s the sort of question I try to ask myself in every scene, and I attempt to answer at least one on every page.

Your heroines are strong, smart and also feminine. Do you see them as role models for young girls today?

CG: I hope so. I hope young women can see that, though no one is perfect and we are all different, that each of us has a place, and skills and abilities that no one else can duplicate. We are different, but our differences make us strong and able.

Eveline and Mina each have strengths and weaknesses, and they sometimes chafe against each other. What’s the key to them being able to work together?

CG: Respecting each other’s differences, while at the same time learning that there is no one way to do something. And that no one has all the answers (well, except maybe a Holmes!). They will eventually begin to admire the abilities of the other, and their personalities will learn to meld together—just as we hopefully do in life!

Where do you see the series going in future books?

CG: Well, I suspect we will see some growth in the relationship between the two girls. Most likely they will also see some romantic relationships develop. They will be challenged, and we’ll learn more about how their world came to be the way it is. And we’ll most likely see more of the Ankh. 😉

Is there anything you’d like to add to readers at Mother Daughter Book Club. com?

CG: Only thank you for having me, and I hope you enjoy my take on a female version of Sherlock Holmes…plus a twist on vampire stories!