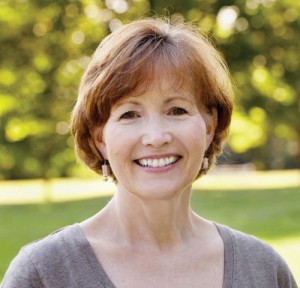 Heather Vogel Frederick’s The Mother-Daughter Book Club series, comes to an end with her latest release, Wish You Were Eyre. Originally planned for four books, the series was so beloved that Frederick extended it to six. Many real-life mother-daughter book clubs have started out by reading about Frederick’s fictional one, and they have sometimes gone on to read the classic stories featured in her books.

With the last of that series on the shelf, I was curious about what Frederick would be feeling about finishing up the stories of Emma, Jess, Cassidy, Megan and Becca. Here are three questions I asked, along with her responses:

MDBC: What did you find most rewarding about writing the Mother-Daughter Book Club series?

HVF: Wow, where do I start? It was really fun to play “Empress of the Universe” in choosing favorite classics for my fictional book club to read, and hoping thus to entice young readers to give them a try.  My plan worked!  I loved hearing back from so many fans who were delighted to discover, say, Daddy-Long-Legs or the Betsy-Tacy series. Knowing that some of these classics will find their way into the hands of young readers, thanks in part to my books, is just tremendously cheering. The other, unexpected, reward from writing this series has been the opportunity to connect with so many girls. As the mother of two boys, this has been sheer fun.

MDBC: What will you miss the most?

HVF: It’s really hard to say goodbye to characters I’ve come to know and love. I hesitate to tell you this, because it sounds so sappy, but as I was writing the final chapter I burst into tears. Just broke down and sobbed! I hadn’t expected this at all, and was completely blind-sided by the wave of emotion. As a writer, though, you really do live part-time in the world of your own creating, and I guess it just hit me that “this is it–I won’t be spending time in this world, with these people, any more.” It was bittersweet for me.

MDBC: What are you looking forward to now?

HVF: I’ve begun work on a new novel, another contemporary middle-grade story, this one set in the fictional town of Pumpkin Falls, New Hampshire. I was born in New Hampshire and moved back there in high school, so it’s fun to be on familiar turf. It’s still early days yet, I’m just getting to know my characters, but I like them very much so far. I’m taking Jane Austen’s writing advice to heart when she said, “Three or four families in a country village is the very thing to work on…”

MDBC: Heather Vogel Frederick working on a new middle-grade story set in a New Hampshire town sounds like the very thing to read when it comes out. While I’ll miss the characters I’ve come to love from your series, I’ll look forward to discovering new ones.