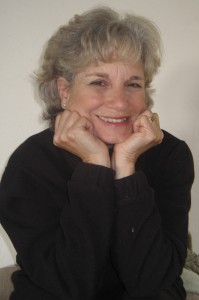 Yesterday I reviewed Joanne Rocklin’s great book for 8 to 12 year olds, The Five Lives of Our Cat Zook. I’m also offering a giveaway, which you can enter to win by commenting on the review post. Today, Rocklin talks about the healing power of stories and the role storytelling plays in our lives. Here’s what she has to say:

My new book, The Five Lives of Our Cat Zook, is about a family, a cat, pizza, Secret Loves, city gardens, wishes, wild theories, and about mourning the death of a father. But mainly, it is about stories. Probably all of my novels have been about our need for stories.

In my humble opinion, stories are what make us human. (As Oona, the main character of my book says about her Gramma Dee, “She means just the opposite of humble, like ‘smart’ or ‘terrific’ opinion. Believe me, she wouldn’t give her opinion if she thought it were wrong.”) O.K. Oona’s right. I really, really, really believe stories make us human. Dogs and cats and goldfish can’t tell stories.

And yet, I’ve always wished my adopted cats could share their histories, sad as they may have been. I just wanted to know. I wanted to know so badly I decided to write a book about a girl who tells her little brother that cats have nine lives and their own ailing cat, Zook, is working on his fifth life. She tells him the stories of Zook’s past lives, of Miraculo, who saved a kingdom, and Jewel The Ghost Cat, and Mud who fought a monster. Even though Zook is at the vet, Oona says, he’ll come home as good as new. He’s still got four more lives to go! And Fred believes her.

The stories Oona tells, and the story Fred tells, too, help them both experience the powers of the imagination, the joyous release that telling wonderful whoppers provide. Story-telling and story-receiving are just plain fun, especially when times are hard and spirits need uplifting.

For Oona it is also a chance to tell her father’s stories, to remember him and say good-bye in the telling. And to proudly make the tales her own, as she adds details from her own life, as all storytellers do. Some of those details she hadn’t thought were important, until she put them into her story. Oona even provides an eight-point theory of storytelling. Point Six: “It doesn’t have to be a totally happy ending,” as long as that ending comes with some understanding and a bit of hope. Or a good laugh.

But some stories are almost impossible to tell, and Oona knows this very well. As she gains compassion and understands more of her world, she’s finally able to trust enough to share the details of one particular story, rather than keeping it all inside.

And that’s the humanizing aspect of stories, in my humble opinion. Whether we are the story-teller or the story-receiver, mother or daughter, sister or brother, friend or foe, it’s in the sharing of stories that we discover, and reveal, our own true selves. 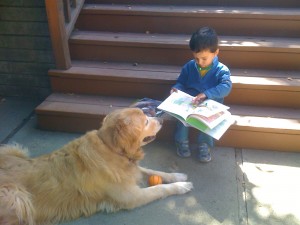