Yesterday, I featured a review of Pesi Dinnerstein’s book A Cluttered Life. Today, I’m featuring an essay she wrote about clutter and the need to create borders, something different from boundaries. Dinnerstein, also known as Paulette Plonchak, has also written selections for the best-selling series Small Miracles, by Yitta Halberstam and Judith Leventhal, and has contributed to several textbooks and an anthology of short stories.

She recently retired as a full-time faculty member of the City University of New York, where she taught language skills for close to thirty years. Dinnerstein has been an aspiring author and self-acknowledged clutterer for many years, and has spent the better part of her life trying to get organized and out from under. Despite heroic efforts, she acknowledges that she has not yet succeeded; but she continues to push onward, and hopes that her journey will inspire others to keep trying as well. 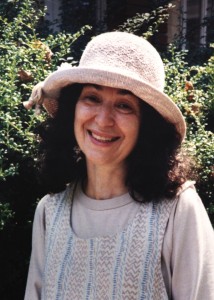 MY CLUTTERED WORLD:  A Land Without Borders

My first introduction to the complex question of borders came when I was about six years old and asked my father where he was from.

“Well . . . ” he began slowly—and I knew right away that the answer was not going to be an easy “Brooklyn” or “the Bronx,” like that of my friends’ parents—“I was born in what was sometimes Czechoslovakia and sometimes Hungary.”

“You see,” he went on, in his charming accent—which was neither completely Czechoslovakian nor Hungarian—“I was born in a border town, and the border kept changing. Sometimes, it would be Czechoslovakia, and then it would change hands and become Hungary, and then…”

This was obviously not a simple concept. And, over the years, it’s only grown more complicated. In fact, I would have to say that I’ve now developed a real issue with borders. Maybe it’s in my genes.

This is not to be confused with the issue of boundaries—which I also have, but that’s not for now. In my mind, boundary issues tend to be more psychological and relationship-oriented. At the moment, however, it’s borders that I’m trying to deal with.

The problem is that I don’t have any to speak of. Things tend to spill over from one area of my life to another. Whether it’s piles merging with other piles, one errand running overtime into the next, projects overlapping projects—there’s rarely a divider or breathing space between anything in my life. Even my mind feels as overcrowded and unstructured as my surroundings and my schedule.

In Clutterers Anonymous (yes, there really is such a program—see Chapter Six of A Cluttered Life), there are four things a member has to do every day in order to be considered abstinent. From the moment I heard this, the first two immediately made sense: Put back whatever you take out; and throw away one item a day. But the second two called for a bit more reflection: Wash your dishes every night; make your bed in the morning.

There are so many things that would make my house feel neater, I thought—what’s so special about those two? Then, I realized that in addition to maintaining order, these activities create important borders. We don’t bring the day into the night (no dirty dishes), and we don’t bring the night into the day (no unmade bed). And we accomplish this in each case by taking one concrete action.

It sounds so simple and so wise—but I met with enormous resistance when I tried to apply these basic principles to my unruly life. Structure often feels oppressive to me, and I chafe against systems and rules.

But one day, as I was working on my piles, I stared out the window in search of a little distraction. There sat my vegetable garden in full bloom. It’s only a tiny patch behind my small apartment, but it was overflowing with collard greens and cabbage, romaine lettuce, herbs, green tomatoes about to turn red—all the joys of a backyard harvest. And all in the space of a narrow patio.

Suddenly, I realized that it was only possible because each was contained in its own small pot or raised bed. This tiny garden was bursting with life because it adhered to its own boundaries. The parsley stayed in its container, and the garlic chives in theirs. The basil didn’t mingle with the arugula, and even the zucchini and cucumbers maintained a healthy distance.

And, with this observation, my attitude immediately began to shift. If all these vegetables stay within their own borders while they’re growing, they can break free at the end and join together to create one wild and glorious salad. A little restraint at the beginning for the sake of a great feast later—I could definitely live with that.

So, now, instead of organizing my piles, I think of it as pruning and weeding my crops. And rather than focusing on the restrictions it imposes, I’m looking forward to the freedom it will eventually bring.

Amazing what a little tweak in imagery can do.