Mary Corbett wrote National Guard 101: A Handbook for Spouses to help others navigate the ins and outs of being married to someone in the National Guard. Corbett says she was inspired to write the book after her own experiences left her feeling confused about what her husband was doing and what her role was.Part of the book description says National Guard 101 “covers a broad range of topics, from practical knowledge about the history of the National Guard and understanding rank to softer subjects like social life in the Guard and family programs. Corbett  also details the benefits and assistance resources available to Guard families and guides readers through the process of setting up a Personal Assistance League (PAL) to provide support during deployment.”

The release of Corbett’s book is especially appropriate, as this week marked the 37tth anniversary of the founding of the National Guard. Here’s an interview where Corbett talks about the Guard and her book. 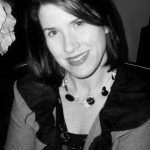 Most people are familiar with the four branches of the United States Armed Services: Army, Navy, Marines, and Air Force. Can you explain to our readers how the National Guard fits into our military?

What prompted you to write National Guard 101: A Handbook for Spouses?

MC: I married my husband — a long time member of the Minnesota National Guard — in 2000. Although I had family members who had served in the military, I had zero experience with military protocol or culture. The only thing I knew about the National Guard, at that time, was “one weekend a month, two weeks in the summer.” After moving to Georgia in 2001, followed by my husband’s deployment to Guantanamo in 2002, I realized that although I had never considered myself one, I was, indeed, a military wife. I spent a lot of time searching the internet looking for information to help me understand my role as a Guard spouse. I found that much of the information available was targeted toward active-duty spouses who lived on military bases with a completely different lifestyle. I felt there was definitely a need for a book for National Guard spouses. So I wrote it. National Guard 101 is the only book written specifically for the 162,000 Guard spouses.

Can you explain the differences between being a guardsman and being enlisted in one of the four active military branches?

MC: Guardsmen typically serve the military on a part-time basis and maintain civilian employment. Members of the active component typically serve full-time, military careers. When a Guardsman is activated, they become full-time military personnel and are indistinguishable from their active duty counterparts. They receive the same pay and benefits as active duty soldiers. When they are deactivated, they return to part-time service. It’s also worth nothing that, on average, members of the National Guard are older than their active component counterparts.

How is being a guard spouse different from being an active component spouse?

MC: From a family perspective, the lifestyle difference is night and day. National Guard members and their families live in civilian communities and may live far away from the armory where the soldier trains as well as military installations that provide services to active families. In other words, we don’t live on post. We don’t shop at the Post Exchange regularly. We don‘t have the built-in support structure of other military families close at hand. Often, we can be the only military family in our community. Our soldiers have full-time civilian careers that they must manage. It is challenging in a best-case scenario, but when our soldiers are deployed, our lives are affected in a way that is distinct to the citizen-soldier.

How common is deployment for National Guardsman?

MC: Most National Guard families have experience with long-term, overseas deployments. In 2011, Army Chief of Staff Gen. George W. Casey, Jr. stated that “Every Guard brigade has deployed to Iraq or Afghanistan, and over 300,000 Guardsmen have deployed in this war.” Since 9/11, virtually every unit of the National Guard — a force the size of the entire active Army — has served on active duty for one or more of the deployments at home or abroad. The last time that the entire National Guard had been mobilized was for World War II.

MC: Because we don’t live on post, it’s likely that our local communities lack familiarity with military experiences, which makes it hard when our soldiers are deployed for long periods of time. While the military provides consistent resources to connect families to military resources during deployments — Family Readiness Groups and Family Assistance Centers — it’s really up to us to figure out how to get the support we need to cover down while our soldier is gone. Fortunately, friends, neighbors, and community members are ready and willing to help Guard families.

What is the biggest obstacle a Guard spouse faces during deployment?

MC: Sometimes, WE are our own biggest obstacle. A lot of Guard spouses aren’t used to asking for help and don’t like to do it. My book tells the reader how to find the right person to “do the asking” for them. The end goal is a Personal Assistance League (PAL) made up of friends, family, and community members who are ready, willing, and eager to help throughout the duration of a deployment. A PAL is a robust and official support system with members who are doing small things occasionally. All of this piecemeal assistance adds up to consistent, steadfast assistance.

What is your favorite part about being a National Guard spouse?

MC: I like that I can live in a regular civilian community but also be a part of our great military. I also love attending social events such as annual holiday parties, family day events, and formal banquets and dining outs.

Mary Corbett is a professional writer and National Guard wife. She has appeared on The Today Show, Fox News Channel, local television affiliates, and nationally syndicated radio. Her first book, The List: 7 Ways to Tell if He’s Going to Marry You in 30 Days or Less was published in 2005. Corbett lives in Alpharetta, Georgia, with her husband Major Jon Roscoe, ARNG, and their children Holly and William. Visit her website www.marycorbett.com. 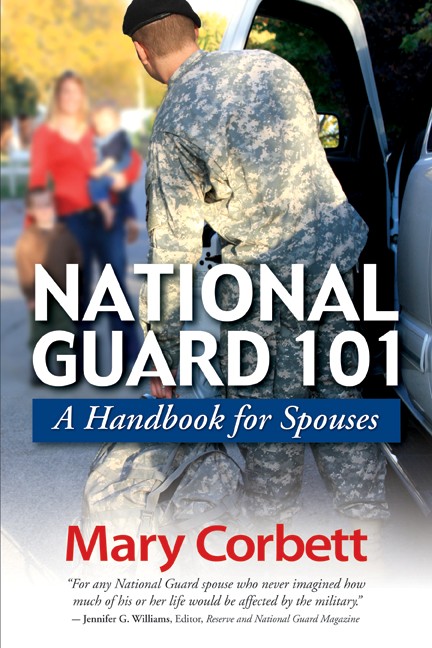