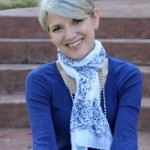 Recently I had the chance to review The Improper Life of Bezillia Grove, so I was thrilled when I was presented with the opportunity to interview the author. Read on to find out more about Susan Gregg Gilmore, her thoughts on issues book clubs can discuss when they read about Bezillia, and her next project.

How did you decide to be a writer?

I was 8 years old. I had come home from school with this silly little paper I had written, and my precious mama thought it was wonderful. I remember to this day right where we were sitting when she looked at me and said, “You ought to be a writer.” I wasn’t really sure what that meant at the time, but I do remember thinking, “Yes, that’s exactly what I’ll be.”

Can you share with us a few of your all-time favorite books to read?

Thank you for not asking me to name MY ONE ALL-TIME favorite read because I find that near impossible to do. Little House in the Big Woods, The Secret Garden, To Kill A Mockingbird, Grapes of Wrath, A Woman of Independent Means, All Over but the Shoutin‘, Fair and Tender Ladies, Ellen Foster. OK, I’ll stop now. But there are more!

What do you like most about being a writer?

I love losing myself in these imaginary worlds in my head. I’m never lonely. I’m never bored. And then when it’s time and the book is released into the real world, I love meeting the people who love books as much as I do.

Hmm. Well, if I’m going to be totally honest. I’d have to say I don’t really care for the mean comments posted by anonymous readers. I try not to look at those kinds of things because no one book is going to appeal to everyone. But sometimes I am shocked by the anger in people’s tones.

Tell us three interesting/quirky things readers may be interested to know about you.

I have three daughters 17, 19 and 24. And they still don’t like to read anything I write about sex—even if two characters only kiss. They’d just prefer not think of their mother knowing too much about those things.

I was never an A English student, and I’ve always been a very slow reader.

I played in the first all-girls soccer league in Nashville. We wore our field hockey skirts because we had no idea what a soccer uniform even looked like! But I went on to win Most Valuable Player in the league.

Bezillia grows up in a home and a place that has very specific expectations of her. What gives her the courage to defy those expectations?

I have to wonder if much of Bezellia’s courage is in her DNA. Sometimes there seems no other explanation. I also think some of her courage comes from her birth order, being the oldest, caring for her younger sister. I think she felt no choice but to dig down deep and defend Adelaide. Of course, I also think Maizelle and Nathaniel were there to support and encourage her in their own ways. In those final dark hours before the Civil Rights Movement really took hold, both Nathaniel and Maizelle had lived each day with a boldness of spirit that must have influenced Bezillia.

So much of the south experienced conflict and unrest during the Civil Rights movement. Why did you choose to set Bezillia’s story in Nashville?

I was raised in Nashville. And although Bezellia’s story is not my own, it is based on my memories and my perceptions of my home at the time.

When I moved back to Nashville after 30 years, I looked at house to buy that I had played in as a child. I could not afford this home but wanted to relive some childhood memories so when it was open, I seized the opportunity. When I stepped into the basement, I found six rooms, with cinder-block walls, no windows, thick doors with double locks. I knew in that moment that this was where the family’s staff had lived. That finding haunted me. I quickly realized that while I was happily playing upstairs, a very different world literally existed beneath my feet.

Seeing this space with fresh eyes and years of life experience, I knew I had to come to terms with the South I had known, that I had seen, as a child. And the way that I do that is to tell a story.

Bezillia’s parents struggle with alcoholism and mental illness in a time when not much was known about treating people with either. While things have certainly changed, do you feel there’s still a stigma that affect how people perceive someone who suffers from one of these illnesses?

I do think the perception has changed and the perceptions have improved, but I think there is still a stigma attached to those who suffer from mental illness and addiction. Most definitely.

What are some of the issues raised in the book that you feel book clubs can discuss?

Race. Racism. Interracial relationships. Social and economic inequalities. And how all of these topics may differ in different regions of our country. Mother-daughter relationships. Sibling relationships. Forgiveness. Acceptance. And at the very end of the day, how a name can affect a person’s outlook or purpose.

Can you tell us about what you’re working on next?

My third book is titled, THE FUNERAL DRESS. It is set in Tennessee’s beautiful Sequatchie Valley, at the very tip of the Appalachian Mountains. It is about two women who worked side by side at a shirt factory in the late 1950s. Both were collar makers. All day, every day, they made collars for shirts and housedresses. Both were poor and led tough lives. The older seamstress and her husband are killed in the very first chapter, and the younger seamstress chooses to make the dress her friend will be buried in. This really is the story of both women tough and how they come to terms with their hardscrabble lives.

I have visited with a lot of book clubs but only once I have been fortunate to spend time with a Mother-Daughter Book Club. It really was a special afternoon watching mothers and daughters talk, agree and disagree, about a story read. I left wishing that I had done the same with my girls—so much can be discovered about one another when we journey through the pages of a book together.