Not long ago I reviewed Sarah’s Key, a novel set in France during two time periods—World War II and today. I had the opportunity to connect by email with the author of Sarah’s Key, Tatiana de Rosnay, and ask her a few questions about her background, about her book, and what she’s working on now. Here’s the book review, followed by the interview:

Set in both 1942 and modern times, Sarah’s Key is a mystery as well as a heartbreaking look at the round up and deportation of Jewish families from Paris to Auschwitz in what became known as the Vel d’Hiv for the place the families gathered—the Vélodrome d’Hiver, or winter velodrome.

Ten-year-old Sarah Starzynski is sleeping when the Paris police bang on her apartment door.  Her family had heard of Jews being rounded up, but only the men. So Sarah’s father was hidden in the basement, thinking his family was safe. But the police came for everyone this night. Sarah’s four-year-old brother, Michel, stubbornly refused to go and insisted on hiding in a secret cupboard before the police saw him. Sarah locked Michel in and promised to come back when she returned.

Sixty years later, Julia Jarmond, an American journalist living in Paris, investigates the story of the Vel d’Hiv and uncovers Sarah’s story when she finds out that her husband’s family moved into Sarah’s apartment after her family left. She is determined to find what happened to Sarah and Michel, in the process uncovering family secrets that some think would be best to leave buried.

Gripping and emotional, this fast-paced book brings to life Paris in the 1940s and in modern times. It takes a frank look at a nation and a people who for so long would not come to grips with its complicity in sending its own citizens to die in Nazi concentration camps. It also follows Julia as she delves deeper into the story while confronting conflicts of her own with her husband and his family. I recommend it for mother-daughter book clubs with girls aged 14 and up. 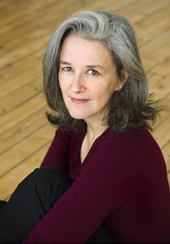 TR: I was 11 years old and had just read Anne Frank’s diary, was terribly moved by it, and decided to start my own diary. Then I read The Young Visitors by Daisy Ashford, who had published her first book at nine years old. I found it most inspiring, so I wrote a 90-paged novel for my mother’s birthday on a school note book. It was called “A girl named Carrie,” the story of a poor little rich girl in 19th century London. My mother was thankfully very enthusiastic. And so I decided to pursue the experience, and every year, I wrote a novel for my family and kept writing my diary. But I didn’t seek publication until my late twenties.

Can you tell us a little about your background and where you live?

TR: My father is French, of Russian descent and my mother is British. I was born in France, and raised in the USA where my father taught at MIT in Boston as a scientist. I then went to high school in Paris, and then on to college in England. I now live in Paris with my husband and children.

There are many stories about the Holocaust. What makes Sarah’s Key different?

When did you become familiar with the round up of Jews in Paris, referred to as the Vel d’Hiv?

TR: Like most French school children of my generation, I was not taught about this event at school, during the 70’s. I heard about it for the first time through President Chirac’s speech in 1995. He was the first French president to publicly acknowledge the role of the French police during the Vel d’Hiv round-up.

What made you want to write about it?

TR: I was appalled by what I discovered concerning the roundup, especially about what happened to those 4,000 Jewish children, and I knew I had to write about it. I needed to write about it. But I also knew it could not be a historical novel—I am not a historian—it had to have a more contemporary feel to it. And that’s how I imagined Julia’s story taking place today, linked to Sarah’s, back in the 40’s.

What other kind of research did you conduct before writing your story?

TR: Writing Sarah’s Key took me to Drancy and Beaune La Rolande, places around Paris which have a dreaded past that cannot be forgotten despite time going by. My visits there were poignant and memorable. I read everything I could concerning the round-up and I met Vel d’Hiv survivors, other unforgettable moments.

How long did it take you to write Sarah’s Key?

TR: It took me two years, including my research.

Why did you decide to tell this story in two eras-Paris during World War II and in modern times?

TR: The idea for the book came to me that way: linking two stories. Sarah’s story, seen through the eyes of a little Parisian girl forced to wear a yellow star and whose life dramatically changed in July 1942. And then Julia’s story, today, an American married to a French man. Because she is commissioned by her magazine to write about the Vel d’Hiv’s anniversary, she plunges into the horror of July ’42. That way, through Julia’s modern story, I could reveal the taboos and scars that the Vel d’Hiv has left in France, sixty years later.

I understand people affected by the Holocaust have been touched by your book. Would you please share a story or two about that?

TR: I met  several Vel d’Hiv survivors who had read my book. They are in their 70s and 80s, but when I look at them, I see the children they used to be. Suzy C. is my neighbor, she lives directly above me. She moved in a couple of years ago, just as I was finishing the book. She is in her 80’s, a wonderful, chirpy, small, round woman, with bright blue eyes. Her husband Maurice is also the most fantastic old gentleman. One day, just before Sarah’s Key was due to be published in France, I meet Suzy in a shop on our street and we have a little chat. She asks me what my new book is about, and I tell her. All of a sudden, her face goes very pale. She stops smiling. She puts a hand on my arm. We are in a noisy shop, but it seems to have become very silent. She says “Tatiana, on July 16th 1942 I was your daughter’s age. The French police came to our home at dawn. They took our mother but they wouldn’t take me or my sister. We begged to be taken with mother; we had no idea where they were going, what was going to happen. But they wouldn’t hear of it. They shoved us away and ordered us to take off our stars. We didn’t know it yet, but that day, they saved our lives. Our mother never came back and after the war, we found out she had been exterminated at Auschwitz.” Later on, Suzy read my book. I was nervous about how she was going to react. But when I knocked on her door, she opened and just took me into her arms. Tears were running down her face. “Tatiana, thank you for writing this book. France needs to remember. The youngest generations need to know.”

You have a teenaged daughter. How did you talk to her about Sarah’s Key?

TR: When I started to write Sarah’s Key, my daughter was 11 years old, so technically she wasn’t a teenager yet! I told her and my son, who is two years older than she, all about this book; they were very much involved in its writing process. I took them to Beaune la Rolande, explained all I knew about the round-up. I guess both of them grew up with this book. This book is part of their lives !

Can you share with us what you’re working on now?

TR: I have just finished Boomerang, which will be published in France in April 2009. Not quite sure yet about the US publication date! It’s a love story with a dark twist. My hero is a 40-year-old man, Antoine, who will have to deal with a heavy family secret coming back like a boomerang. But in the middle of confusion and pain, he will fall in love. I’ve never written about love before, it was quite a wonderful experience!

Right now, I am now researching my new book, which takes place in 19th century Paris…

What else would you like readers of Mother Daughter Book Club.com to know?

TR: Just how happy I am to have been picked by this book club as I had heard about it during my US tour !  What’s more, if you want to contact me about Sarah’s Key, and if you would like me to call in to your book club and answer a few questions, please contact me on my brand new website at the book-club page :

I’d be very happy to hear from you and your book club!