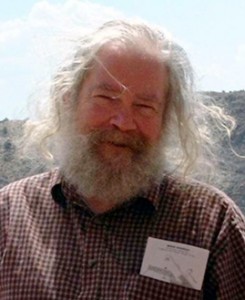 John Grant is the author of more than 70 books and an expert on conspiracy theories. In Debunk It! How to Stay Sane in a World of Misinformation he helps readers learn to identify misinformation that comes their ways from many sources—politicians, talk show hosts, high-traffic bloggers, and others. Here, he answers questions about why thinking critically and carefully before accepting information at face value is so important.

JG: The short answer is that, unless we apply critical thinking to our understanding of the world, we end up doing stupid things. And that inevitably works out badly for us, both individually and on the wider scale. All through history, for example, we’ve seen the horrendous consequences of people uncritically accepting evil and nonsensical propositions such as that some groups aren’t really human because of their ethnicity or the color of their skins – propositions that can easily be shown to be false in a dozen different ways. Yet people go along with them on the grounds that it’s easier to do that than think.

Later on, of course, they discover what a lousy bargain they made. The effort put into thinking critically about important issues is always worth it. And the odd thing is, it’s actually fun.

Besides, think what your life would be like without the application of critical thinking. You’d end up believing in all kinds of wild conspiracy theories – “It was the Bush administration that organized 9/11!” or “NASA faked the moon landings!” – or wasting all your money on quack doctors, perhaps even at the cost of your life.

The world that the older generations have created is the one that today’s teens are going to inherit. It’s a world that’s full of problems many of which – like climate change – might have been avoided or at least ameliorated had more people of the older generations engaged in critical thinking. The sooner today’s young adults start understanding how to grapple with that world, the better it’s likely to be for them.

In Debunk It! you include many examples where people, governments, industries, or corporations purposefully misled others. Do you think those instances are more widespread today than they have been in the past?

JG: Politicians have lied to people since, I’d guess, the dawn of history – it’s part of the job description. I do think, though, that we’re going through a particularly obnoxious spate of it in this country at the moment. Just in recent weeks we’ve seen several politicians trying to distort the science of vaccination, and of course the political falsehood that “the science isn’t settled” on issues like climate change is a sort of ever-present background chorus. There’s just about nothing that modern US politicians won’t lie about. There was one the other day claiming that gynecological examinations weren’t really an intrusion: couldn’t women just swallow little cameras?

As for businesses, that’s a more recent phenomenon, but even so it goes back a long time. Just offhand I can think of how people were lied to about the ill effects of leaded gasoline, about the hole in the ozone layer, about the dangers of smoking, about the dangers of passive smoking, about climate change. Very often it was the same people doing the lying. And those lies can survive far beyond the time when they’re “officially” abandoned by the liars. Just two minutes on the intertubes will turn up dozens of websites still claiming that there’s no evidence that smoking can do you any harm.

Is it easier or more difficult now, when information can be searched for quickly on the Internet, for someone to debunk claims on their own?

JG: It’s both easier and more difficult. There are plenty of great informational sites on the Web. The trouble is, finding them. If you do a search for vaccination and autism, for example, chances are that most of the sites you turn up are antivaxer ones. It’s a matter of learning to assess which sites are genuine and which are garbage. To you and me that might seem simple enough – Scientific American is more likely to be telling the truth about biology than Answers in Genesis, and so on – but to young adults it can be not nearly so easy. What I think I’m trying to say is that the difficulty with using the Internet as a debunking tool is that the information it presents you with is unsorted.

Once you learn how to pick your way through the baloney, though, then the Internet becomes an immensely powerful tool. A politician’s telling you something that doesn’t seem right? Within minutes you can find out which industries are funding that politician. Someone’s offering a radically different version of American history? Often just as little as a quick check in Wikipedia will reveal that this person isn’t actually a qualified historian. A TV personality is telling you something that flies in the teeth of known science? Most of the established science magazines have free websites where you can quickly learn the truth. Besides, most of the major scientific organizations – like the American Medical Association – have websites of their own where, again, it’s easy enough to find real rather than bogus information. And many scientists run their own very active blogs where they explain their specialty to the interested public.

How powerful can this tool be? Just over the past week or two there’s been a lot in the news media about how a particular scientist who’s spoken out against the consensus of climate science has been receiving funding from the fossil-fuels industry. Thanks to research on the intertubes I knew about this some years ago – and indeed was writing about it (far from the first to do so!) as long ago as 2010/2011. The information was there for all to see on various well accredited investigative websites; too many people in the mainstream media just chose never to look.

How can someone researching claims know they are getting information from a trustworthy source?

JG: If something goes wrong with my toilet, I call a plumber to get it fixed, not a heart surgeon. If I need a triple bypass, there’s no way I’m going to let my plumber open me up with his wrench and spanner – I go to a heart surgeon. The point is to rely for your information on the people who actually know what they’re talking about.

The way that modern society works is that we all rely upon each other for specialist knowledge. It’s also true that there are plenty of important fields of knowledge that outsiders aren’t going to be able to understand unless they spend years of study at university level. We have to accept the fact that most of us are in no position to offer critiques of quantum mechanics or the Big Bang theory or the mating practices of squid; we have to accept what the experts tell us. Are those experts ever wrong? Yes, sometimes . . . but it’s going to be other experts in their own field who correct them, not someone who thinks they’ve educated themselves at the “University of Google”!

What I’m saying, then, is: If in doubt, consult the specialist rather than the amateur. And really, really, really don’t let your plumber do that heart operation.

In your book you talk about misinformation surrounding topics like evolution, climate change, childhood vaccinations and more. Was it difficult for you to narrow down which issues you would focus on in the book?

JG: Yes. Ideally I’d have had a chapter on the prevalent falsehoods about food, for example, such as some of the myths (both for and against) surrounding the issue of GMOs, and of course the fact that Big Ag is “persuading” our politicians to minimize the risks of the overuse of antibiotics in the food industry. I was very tempted to have a chapter on the nonsense people come out with about sex and about gender identity. I actually wrote a longish chapter countering the simplistic falsehoods (“You can’t get something from nothing!”) that get hurled at the Big Bang theory, and about how some people think it’s a flaw in the theory of evolution by natural selection that it can’t explain that same Big Bang. And so on. But there’s only so much you can get into a single book.

Is there anything else you’d like to add to readers at Mother Daughter Book Club.com?

JG: First of all, thank you very much for extending your hospitality to me – it’s very much appreciated. And thank you, too, for some very perceptive questions: I’ve had to think pretty hard while answering them, which is good for me!

I imagine that anyone who’s read as far as this is interested in the idea of opening up their kids’ lives as much as possible to the world we live in through the application of critical thinking and education in general. For that, my very great thanks. By and large, the kids are better than us and smarter than us (however much they can sometimes be a PITA). Let’s help them be even more so.