↓
Home Menu ↓
Home→Author Interviews→Interview with George Estreich, Author of The Shape of the Eye
Tweet 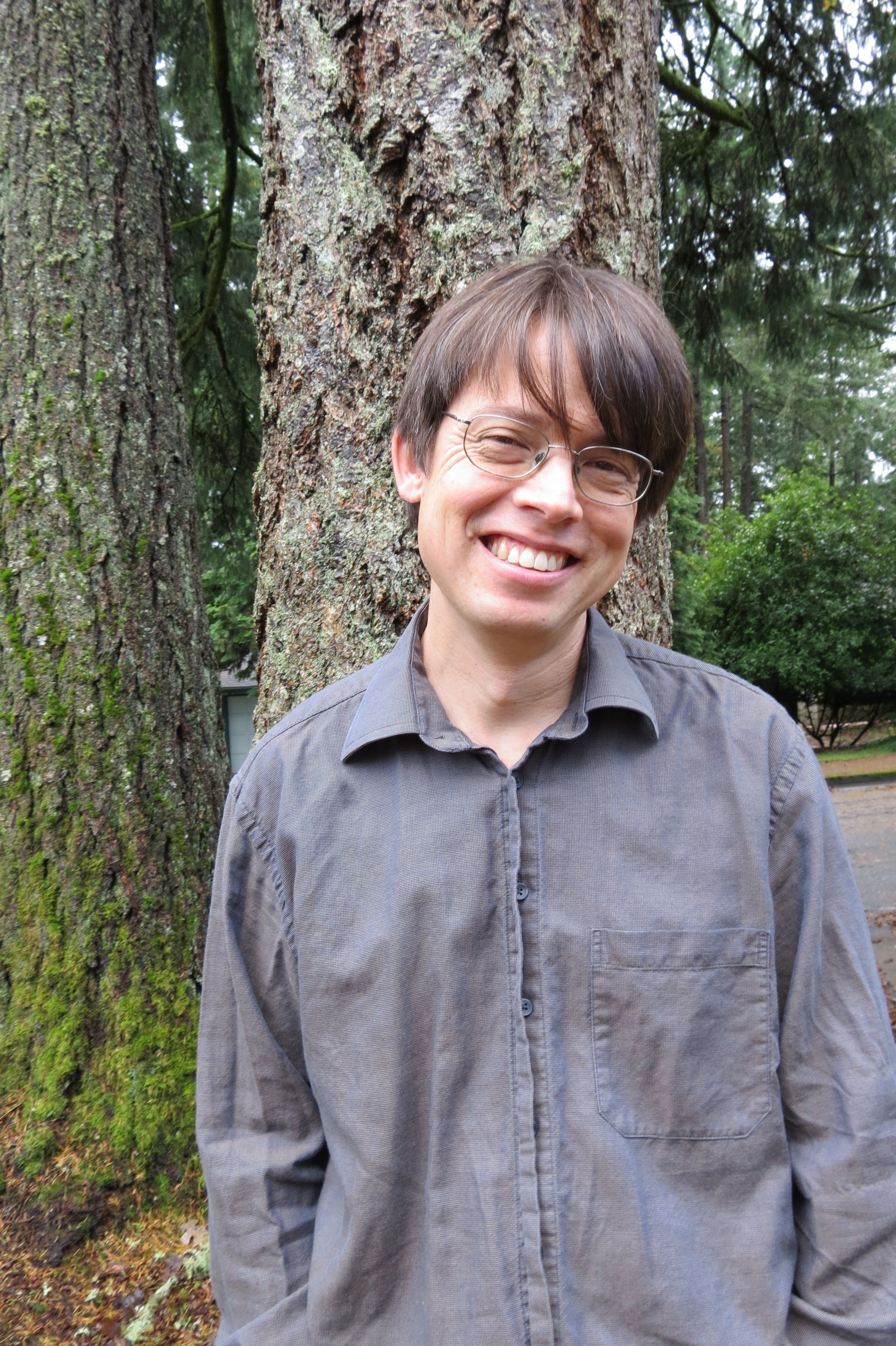 With the birth of his daughter Laura, who has Down Syndrome, George Estreich and his wife entered an unfamiliar world that brought them into contact with medical specialists, behavioral and nutritional advisors, and situations they had not encountered with their older daughter. His moving memoir, The Shape of the Eye, tells the story of his journey from the first moments Laura was born to her early adolescence. His book won the 2012 Oregon Book Award in Creative Nonfiction. Here, he answers a few questions for readers at Mother Daughter Book Club. com. You can also read my review of his book in a previous post.

In the days after Laura’s birth, you were encouraged by some medical personnel to see her as “a child first.” Why was that difficult in the beginning?

GE: I didn’t really have a way to think about Down syndrome, so I couldn’t square the syndrome—which seemed, from everything I read, to be a set of dire outcomes—with Laura herself.

What do you believe contributed most to your shift in thinking?

GE: There were many factors, but the biggest one was spending time with Laura. I thought for a long time about Down syndrome, what it was and what it meant, what it had to do with Laura. Down syndrome was big news, and I had to process it. But the shock wore off, and Down syndrome became ordinary, and a big part of that was just seeing Laura for who she is. Even when she an infant, her personality was a force.

I was struck by your comment that medical personnel were the only people who congratulated you on Laura’s birth. Do you have advice for those meeting or interacting with new parents whose infant has been diagnosed with Down Syndrome?

GE: If you’re talking to a family member, a good starting point is to do what you ordinarily would if the infant didn’t have a diagnosis: that is, to offer congratulations and ask how the parents are doing. In general, I’d avoid offering generalizations about people with Down syndrome (“they’re so sweet,” etc.); though this is often well meant, the child is an individual. Also, I’d avoid condolences, like “I’m so sorry,” because that’s what you say when someone dies.

And in later years, is there one thing you would like people to know that parents would appreciate from new acquaintances?  What should people keep in mind when interacting with someone who has Down Syndrome?

GE: I think this depends on the individual and the family. I think the best practice is to do whatever you’d do when meeting any new person. Since every person with Down syndrome is different, it’s probably best not to worry about the Down syndrome part. Some people with Down syndrome have trouble with speech, so you might need to adapt. But I find most people make those adjustments automatically.

Do you believe that attitudes towards and treatment for children with Down Syndrome have changed in significant ways since Laura was born in 2001?

GE: I think attitudes are changing, mostly for the better. For example, the use of the word “retard” is still common, but I think there’s more awareness of the hurt the word causes.

On treatment, I’m less qualified to say. There’s the prospect of cognitive treatment for people with Down syndrome, the idea of a pill that could help with memory and processing. This is hopeful, yet raises questions for many parents along the lines of the questions pondered by those taking antidepressants: to what extent does the treatment affect identity?

Do you feel that the portrayal of people with Down Syndrome on television shows such as Glee, which features a cheerleader with the condition, has had an effect on general attitudes?

GE: I think that media portrayals probably do affect attitudes: if there’s a character (or two, in the case of Glee) where a character is presented as an individual, as opposed to being an object of pity, a problem for someone else, or a personified Special Need, then I’m glad to see it. I haven’t seen the latest episode, though, where [spoiler alert] Becky brings a gun to school. I’m not so crazy about that plotline, but maybe it worked.

As a dad staying at home with your daughters, do you feel you have faced different challenges than moms would?

GE: I can’t say for sure. In day to day life, I didn’t face any costs or challenges that were different; it’s true that I was usually the only dad on the playground on a given Tuesday morning, but no one seemed to mind that, and most thought it was a positive thing.

Do you believe your experiences with Laura have changed you as a writer?

GE: Yes, in every way. Before Laura came along, I was a poet; now I mainly write prose. More than that, writing about Laura forced me to think about what the writing was for. Whom did I want to reach, and why? Laura’s arrival led me into a greater engagement with the world.

Is there anything else you would like to say to readers at Mother Daughter Book Club. com?

GE: Though the book has Down syndrome at its center, it’s really about family. What is the basis of connection between parent and child? What do we learn from each other, and how do we adapt and revise the lessons of our parents. I hope that mothers and daughters, reading the book together, will have lots to talk about.

George Estreich received his M.F.A. in poetry from Cornell University. His first book, a collection of poems entitled Textbook Illustrations of the Human Body, won the Gorsline Prize from Cloudbank Books. The Shape of the Eye was awarded the 2012 Oregon Book Award in Creative Nonfiction. Estreich currently writes for Biopolitical Times, the blog of the Center for Genetics and Society, teaches a course in literature and medicine at Oregon State, and can also be found online at www.georgeestreich.com. He lives in Oregon with his family.