Nancy Kyme has recently written a novel that’s also part memoir called Memory Lake: The Forever Friendships of Summer. The inspiration for the book came as Kyme drove her daughter and a friend to summer camp, the same one she had attended as a teen. Kyme says Memory Lake was inspired by real events and recalls two parallel times in her life when she was learning to live without her mother. It is also a tribute to summer camp, Lake Michigan, mothers, daughters, and friendships.

In addition to writing, Kyme is the CFO of a small corporation in northern Virginia. She is also the mother of two grown children and a military wife. Here, she reflects on two major events in a woman’s life: losing a mother and sending a daughter off to college. 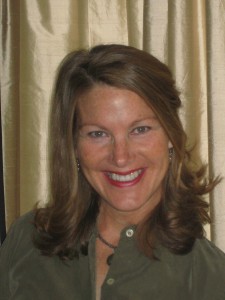 This time of year is emotional for those of us who have lost our mothers. Mine died ten years ago on December 13. After I had reached my twenties, Mom had become my best friend although five states and hundreds of miles separated us. But, I could always pick up the phone and receive her guidance and wisdom. My daughter had been fifteen at the time of her death, on the verge of those turbulent teenage years. She grieved for her Gramsy, but she couldn’t really understand the level of my sorrow. She was entrenched in the self-absorbed years, just as I had been at her age, when it took all my focus and energy to keep up with a popular crowd while trying not to compromise my values through a land mine of peer pressure.

For many, many months after Mom had passed, I would pick up the phone to call her, to share my pain and sorrow of her passing, or the latest trial of parenting, only to set it down again, knowing she would never again be on the other end. How keenly I had felt the paradox of recovery; the one person who could lift me from the suffering was the reason for it. Somewhere along the way, I had begun to hear my mom without the telephone. As my daughter’s high-school years wound down, I would hear Mom say, “You have to let her go. No more hovering about, arms wide-open, issuing gentle warnings and ultimatums.” When it came time to send her off to college in another state, I would hear Mom say, “Put on a smile, though you least feel like it, and send her off with encouraging words and a prayer for success.”

During those turbulent teenage years, I had hoped the kind, compassionate adult I had glimpsed at times within my daughter would return to stay and we would be the best of friends, as I had been with my mother. Now she is twenty-five and I marvel at the beauty of my mom’s wisdom and the power of prayer. I recently traveled overseas, beyond the range of emails and cell phones. My daughter was experiencing life as a newlywed, in a strange state, with a new job, and desperately needed to talk. Unable to reach me, she began to envision a world without Mom. Inexplicable pangs of worry assaulted me across the miles, and I sensed an overpowering need to phone her immediately upon my return. Full of tears, she said, “Mom, now I know how you felt when Gramsy died! It must have been awful to think you could never talk to her again!”

An entire country now separates us, but my daughter frequently picks up the phone to call me. I hear laughter and tears on the other end, the budding wisdom of a future mother, and I hear my own mother, speaking through me saying, “It will be all right, this too shall pass.”