Stephanie Stiles is author of the new book Take It Like a Mom, of which Publishers Weekly says “Stiles captures the petty and hilarious dramas that overlay stressed-out suburban lives in her debut, an ode to stay-at-home momdom.” Today I’m featuring a bit of mother-daughter “unadvice” that Stiles has to offer.

Here’s the publisher’s description of Take It Like a Mom:

Annie Fingardt Forster used to be a lawyer who wore dry-clean only and shaved both legs. But things have changed. Now a stay-at-home mom, she wears cargo pants and ponytails and harbors a nearly pathological hatred towards hipster parents.

With a three-year-old and a baby on the way, Annie knows what to expect…at least, she thought she did. Faced with her husband’s job loss, pre-school politics, and a playground throwdown with her arch nemesis, Annie realizes that even with her husband and friends by her side, what she really needs is to learn to suck it up-and take it like a mom.

Here’s Stiles’s thoughts on what not to do if you want to have a good relationship with your daughter or your mother:

MOTHERS AND DAUGHTERS: A LITTLE “UNADVICE” 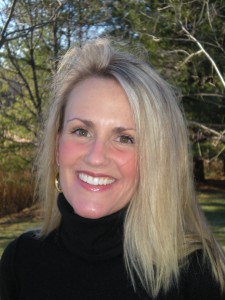 Is there a relationship more notorious for all of its innate conflicts than that of mothers and daughters? Oh, I mean besides the Jersey housewives. But, other than that, can you think of a relationship more fraught with lore and controversy than the infamous mother-daughter bond? I’ve seen whole marriages crumble under the strain of what moms and daughters confront in a single month of (my) adolescence. So, maybe that’s why everyone and her mother feels entitled to weigh in with advice about how best to navigate these murky, estrogen-laden waters. When it comes to moms and daughters, it would seem that everyone is an expert, eager to share  words of “wisdom” on this often incendiary, always inscrutable relationship. And, because I now have a daughter of my very own, I’m on the receiving end of both sides of the equation. So, what follows here is a selection of the choicest suggestions that people have offered me throughout my years as daughter and mother; I like to consider it “unadvice” of sorts, and invite you to determine its merit:

I may never sort out the how-tos and the how-definitely-not-tos of being a daughter or a mother; but at least, it would seem that no one else has either. Because it would feel just awful to think that all these voices of self-proclaimed authority had truly found the answer, while I was still using crib notes and copying off a brown-noser from the back row. After all, there’s a certain  comfort in knowing that my relationship with mom (and, I’m sure I’ll discover soon, with my daughter, as well) is as perfectly flawed as everyone else’s. Even if it is all her fault—for not taking my advice.