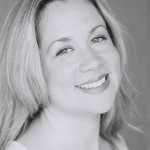 You can count me among the legion of Jane Austen fans. That’s why I was so intrigued to find out about a new book by Jennifer Ziegler called Sass & Serendipity, that’s somewhat based on Austen’s Sense and Sensibility. Tomorrow I’ll be posting my review of the book (hint: I like it!), and today I’m featuring an interview with Ziegler. Read on to find out about her writing life, books she liked to read when she was growing up, the challenges of re-imagining a classic, and more.

JZ: I grew up in a family of storytellers, so I learned narrative form even as I learned to talk. I shared a room with my younger sister and would make up stories at night, when we were supposed to be sleeping, to see if I could make her laugh. At some point I had an epiphany that there were people who did that sort of thing as a job. That blew my mind–the notion that making up silly stories could translate into a career! From then on it was my deepest desire.

What do you like best about being a writer?

JZ: Writing combines all of my skills and interests. It’s a job where daydreaming counts as research and pajamas can be work wear. Where being perpetually sixteen might be regarded as a preferred qualification. Where you seclude yourself for long stretches at a time, but it never feels lonely because you interact with made-up people.

However, the best part would be the connections I make. Meeting fellow book lovers and discussing stories that enrich our lives. And when someone lists one of my novels among them? Well, that’s just beyond amazing.

What is you least favorite part of writing?

JZ: Writing takes a lot out of you–especially that super-focused, nurturing type of energy that I use with my children. Thus, sometimes I’m tapped out after a day of writing, and feel that I’ve given my best self to fictional people instead of my real life loved ones. I can’t exactly say that I hate this part of writing, but it is the part I struggle with the most.

What were some of the favorite books you read when you were a teen?

JZ: I loved all kinds of books of all different genres, but my favorite authors were Judy Blume, Paula Danziger, Paul Zindel, S.E. Hinton, Richard Peck, Norma Fox Mazer and Harry Mazer. Young adult fiction didn’t have as many offerings back then, so I also read a lot of books by Kurt Vonnegut, Douglas Adams, Erma Bombeck, Steven King, Philip Roth, and John Updike.

Sass and Serendipity is loosely based on Jane Austin’s Sense and Sensibility. Were you an Austen fan when you were growing up?

JZ: I discovered Jane Austen as a teen. In fact, Sense and Sensibility was the first book of hers that I read and I absolutely adored it. I’m ashamed to say that teenage Jennifer stayed away from the classics, assuming (erroneously) that they were dense, boring, and only beloved by English teachers. Jane Austen changed all that. I found her writing to be lively and funny, her characters to be real and relatable, and her depiction of sisterhood to be very much like my own.

How difficult was it for you to re-imagine the story for modern times?

JZ: It had its challenges. I knew it wouldn’t be as simple as just updating the setting. The scope of the novel would have to be streamlined and some plotlines and characters would have to go. Most of all, I knew I shouldn’t even try to imitate Austen’s writing style–not only because it would appear forced and unnatural, but because it had to have me in it. If I didn’t feel ownership, the story would suffer. Thus, the hardest part was figuring out my approach. Once I decided to stay away from the original material and simply work from the themes and plots that had been burned into my memory, I was freed up to both imagine and re-imagine.

Daphne and Gabby couldn’t be more different than each other. Do you believe that a special bond exists between sisters even when they have dramatically different personalities?

JZ: I do believe it’s possible, yes. My sister and I appear to be very different. However, most of that disparity is topical or was played up when we were teens in order to appear distinct from each other. Deep down, we are very much alike. And beyond all the similarities and differences, we can’t help but understand each other so thoroughly simply because we grew up together. There’s a certain security in that.

All the characters in Sass and Serendipity seem to be stuck in the way they perceive the people and circumstances around them. Do you believe that it’s difficult for people in general to change how they perceive their world?

JZ: It just might be the most difficult thing ever. It’s as if we’re all riding on a vast ship, and each of us are peering out from our tiny portholes and assuming that the scene in front of us is the same for everyone else. I don’t think it’s possible to truly see what someone else sees, but we can remind ourselves over and over that no one has the same line of sight–that the assumptions we make about others are based on our limited perspective and could be wrong. Everyone has an incomplete picture, so the best thing we can do is listen and empathize. I also think that reading books, both fiction and non-fiction, opens up the world and presents different viewpoints, thereby widening our own view.

What are some of the key issues you see book clubs being able to address when they discuss your book?

JZ: I think the issue of point of view, as mentioned above, is a big one. Readers are in the heads of both protagonists, so they have the big picture. Meanwhile the characters are making guesses about each other that are often wrong and unfair.

Other discussion points can be the themes of love and friendship, the way the story compares and contrasts with Austen’s book, and the characters of the two sisters. One girl is so reserved it prevents her from truly connecting with others. The other is so open she risks extreme hurt. Which is better? Which approach can they better relate to?

Is there anything you would like to add for readers at Mother Daughter Book Club. com?

JZ: I would just like to thank you for featuring me and to commend you on having such a wonderful site. Book clubs are a fantastic way to exchange ideas on books and, therefore, the world. When mothers and daughters analyze the same book, it can’t help but lead to a greater understanding of each other, too. What a perfect way to bond and grow together.