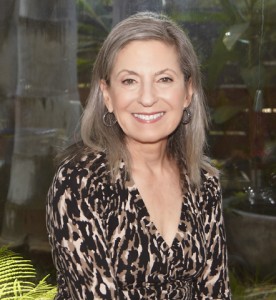 Madeline Sharples, the author of Leaving the Hall Light On, has a guest post today about mental illness and how it’s perceived in our society today. Leaving the Hall Light On is about living after loss. It’s about finding peace and balance and various ways Sharples finds to bring herself together after feeling so helpless and out of control during her son Paul’s 7-year struggle with bipolar disease and after his suicide in September 1999.

Sharples explains: “I write about the steps I took in living with the loss of my son, including making use of diversions to help me forget. Leaving the Hall Light On is also about the milestones I met toward living a full life without him: packing and giving away his clothes, demolishing and redoing the scene of his death, cataloging and packing away all his records and books, copying all of his original music compositions onto CDs, digitizing all of our family photos, and gutting his room and turning it into my office and sanctuary with a bay window that looks out toward a lush garden and a bubbling water fountain.”

Find out more about Sharples and her book at Lucky Press and her blog. Here is her essay.

Does the Stigma of Mental Illness Still Exist?

My son was a young adult, age twenty-one, when he was diagnosed with bipolar disorder. And throughout the seven years he struggled with the disease, I thoroughly believe the stigma of his mental illness stopped him from a program of treatment that might have saved him from his destiny, suicide.

From the literature I’ve read, mental illness in teens is widespread. Teens typically shy away from discussing their illness because of the fear of being made fun of or bullied by their peers. That is stigma, that is what stops teens and adults from getting proper treatment.

The most important way to erase stigma is to open the conversation about mental illness. This conversation could cover several aspects:

How do you know what mental illness actually looks like? According to an article by Hugh C. McBride, “Stigma Keeps Many Teens from Getting Mental Health Treatment,” the symptoms are:

What kinds of treatments are available? Therapy, short or long-term hospitalizations, and prescribed medications specific to the type of mental illness being treated are typical.

What are the dangers if mental illness is left untreated? These could be addiction to alcohol and/or drugs for those who are self-medicating. Suicide is also a real risk.

To find out more, I suggest you go to the bringchange2mind organization http://www.bringchange2mind.org founded by Glenn Close, who has a sister with bipolar disorder and a nephew with schizoaffective disorder. She says, “What mental health needs is more sunlight, more candor, more unashamed conversation about illnesses that affect not only individuals, but their families as well.” The mission of bringchage2mind is twofold:

2)    Provide people who have mental illness, and those who know them quick and easy access to information and support.