A couple of weeks ago I reviewed Mothers and Daughters by Rae Meadows, a book about the complex relationship between three generations of women and their daughters. Today, I’m excited to feature a Q and A with Meadows and her mother, who talk about the mother-daughter relationship as well as the book. 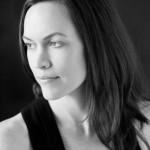 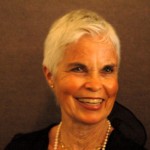 Rae Meadows and her mom, Jane.

Jane, after reading Rae’s novel, do you feel like you have a different sense of the complexity of the relationship between the two of you? Rae, did you think differently of your relationship with your mother after you had spent so much time with Iris, Sam, and Violet?

Jane: I have always thought my relationship with Rae was pretty straightforward. However, it occurred to me at one point while reading Mothers and Daughters that since Rae’s characters had complicated relationships with their mothers, that perhaps complexity had been part of our relationship, at least for her, and that I had been unaware of its presence. The self-reprimand soon followed that if indeed this was a factor, then I should have caught it and tapped into it.

Rae: My mom and I have had a remarkably un-fraught relationship, but I did think about her often while I was writing this book. She has lived so much life—she’s a beautiful and amazing eighty-one—and I think in pondering questions for the characters, it made me wonder what it would be like to see my mom as a young single woman or newly married or a first-time mother. This past Christmas she mentioned that she once had dated a professional hockey player named Moose, and I was reminded of how even though I have heard a lot of stories about her life, there is an endless supply of things I don’t know.

Do you think (as Iris mentions) that having children is a way to try and understand one’s own mother? Jane, did you learn a lot about your mother when you had children? Rae, did you?

Jane: Perhaps many might find this to be helpful, but personally I never sought to better understand my mother. I didn’t need to. She was an honest, loving, demonstrative being whom I loved and trusted.

Rae: Although for me it wasn’t a conscious thing, I feel like I have learned so much about my mom since becoming a mother. That intense, unfailing love mixed with worry that she exuded is something I know now on a gut level. My mom had breast cancer when her daughters were eight, five, and three, and I don’t think I fully understood what strength and courage this required until I became a mother and tried to imagine myself in the same position.

The existence of the orphan trains is such a fascinating, yet seemingly forgotten part of American history. Rae has said that you introduced her to the subject, Jane, which sparked her to write Mothers and Daughters. How did you hear about the orphan trains? What was your initial reaction to this piece of history?

Jane: I was waiting for Rae to arrive at the airport in Cleveland, and I struck up a conversation with the woman sitting next to me who was also waiting for her daughter. She mentioned that her daughter had done some research on the Orphan Train Movement of the early part of the twentieth century. I had never heard of the orphan trains and was fascinated and full of questions. I, of course, relayed all this to Rae in baggage claim.

Rae: And good thing she did! I didn’t know at the time that the orphan trains would be the basis for my next novel, but I knew instantly they had rich narrative possibilities and I needed to find out more.

As Rae was writing Mothers and Daughters, did she come to you for advice? If not, what kind of advice would you have given her in writing about a mother-daughter relationship? Rae, what advice was the most helpful to you in developing these complex characters?

Jane: Rae is an inspired, gifted writer who needed no advice about writing Mothers and Daughters. The only advice I’d have given her, had she asked, is the same advice I would have given her had she been writing about balloons: make the characters interesting and make it a good story. She seems to have done exactly this without anyone’s help.

Rae: Although I didn’t seek advice exactly, I did use details from my mom’s life in developing these characters. For instance, I remember my mom telling me how when she first got married, she would get all done up and have a cocktail ready for my dad when he came home from work. Iris is from the same generation as my mom, and she enacts a similar scene. And then in a larger sense, my mom has told me about the great agony she felt when her mother was dying in regards to intervention and resuscitation, and this was on my mind in the flashbacks of Iris and Sam.

Which character—Sam, Violet, or Iris—did each of you connect with the most? Why?

Jane: My younger self of fifty years ago strongly identifies with Sam in her relationship to her baby, in her procrastination and lack of focus in returning to her creative work, and in her guilt and subsequent self-chastisement over the aborted Down syndrome fetus. But it’s Iris who is closest to my own age and who has faced some of life’s tougher moments. She’s accepting and talks to herself in a down-to-earth way, without self-pity. Her self-admonishment to “buck up” is one I plan to adopt. It very much suits those of us who are facing our eighties.

Rae: Violet is very unlike I was as a child and, in that sense, she is the most fictional of the three characters. Iris definitely has some of me in her, though she is in such a different stage of life. So I have to say I connected most with Sam, since her character sprang from some of my experiences as a new mother, particularly the anxiety about where creative pursuits fit in after motherhood. From the outside, her life is similar to mine.

Iris mentions that the relationship between her and her daughter has grown closer now that Sam is an adult. Jane and Rae, how has your relationship changed from when Rae was younger versus now?

Jane: When a child has become a responsible adult, there is little responsibility for the mother to guide or instruct. Rae and I are friends and, as such, tolerant of each other’s differences and all the best that friendship infers. We are each committed to a helpful, thoughtful, appreciative, and always loving relationship toward each other. Rae was an appealing, charming, loving child. She remains so to this day, only the package is taller.

Rae: Thanks, Mom. I think our relationship has grown into an adult friendship, which I have come to cherish and depend on. My mom is such a neat woman: an accomplished painter, a writer of lovely old-fashioned letters, a believer in alternative medicine and health long before it was fashionable, a person of great faith, a true original.

As I get older, I have really come to appreciate that she finds joy in the everyday—she’s happy puttering around her house and garden. I also love that my mom had a renaissance later in life when she came into her voice, and she is unapologetic about speaking what she believes in, which makes her a great person to talk to.

Rae, how difficult was it to write about the struggles of being a daughter—and a mother—knowing that your mom would eventually read it? Did you find that the writing process became harder with this in mind?

Rae: My mom has always been my most ardent supporter, so I didn’t hesitate in exploring the mother-daughter dynamic between these characters. Luckily my mom is not like Iris or Violet as a mother, so I wasn’t too worried that she would see herself and possibly be hurt by the book. Besides, she survived me writing about an escort service in my first novel, so I figured she would be okay with this one!

Rae has mentioned in interviews that she tested the incredible pound cake recipe that Sam discovers in her mother’s things. Would you each mind sharing some of the traditions or secrets that have been passed down in your family?

Jane: We celebrate Christmas, Thanksgiving, and the Fourth of July with family (grandchildren, parents, grandparents) accompanied by the usual homemade, open-faced apple pie. We also make caramel apples in the fall using twigs from the garden for sticks.

Rae: Food traditions come to mind for me, too. One of my favorites is eating pie for breakfast. My mom makes incredible pies—apple and cherry are my two favorites—and there is nothing better than coming into the kitchen the next morning and seeing leftover pie (and beating my sisters to it). And my mom used to make rice pudding, the same that her mother made. Unfortunately my daughter is allergic to dairy and eggs so I’ll have to work on a revised recipe.

Each generation of women in Mothers and Daughters struggles with the burdens and joys of being both a mother and a daughter. What do each of you think is the most rewarding part of being a mother? A daughter? The most difficult?

Jane: The most rewarding part of being a mother for me is the unending joy of loving unconditionally and nurturing an offspring, and the most rewarding part of being a daughter is to be the recipient of unending unconditional love and nurturing. I suppose I’d have to say the most difficult part is when complete independence arrives and children leave home. It’s gratifying to watch children grow into healthy, productive adults, but at the same time, acceptance of their independence, along with the realization that you are no longer the center of their world, carries with it a wistful sadness for what used to be and will never quite be again.

Rae: I would agree with my mom about the rewards of being a mother and a daughter. The most difficult thing for me, because of the depth of love I feel for my mom and my daughters, is the fear of possible loss. Also to see struggle in your mother or your daughter is very hard when you are powerless to do anything about it. I explored this some in the relationship between Sam and Iris.

As a mother, there is always that fear of having your children repeat your mistakes. What things did you try to avoid passing on to your children? What advice or wisdom have you tried to instill? ?

Jane: I don’t remember imparting any earthshaking advice. I suppose I thought to teach by example, as my own mother had. It was, of course, a given that there would be no drinking, smoking, or drugs.

Rae: Can I just say when my mom first read this question she said, “But I didn’t make any mistakes.” She was joking of course, but in a way, she’s right. I had the luxury of having a stay-at-home mom who loved being a mom and exuded contentment, and was unendingly supportive. My sisters and I were incredibly lucky. Though her advice on clean living I’m afraid I didn’t quite follow in my younger years. (Sorry, Mom!)