↓
Home Menu ↓
Home→Author Interviews→Q and A With Joani Geltman, Author of A Survival Guide to Parenting Teens
Tweet 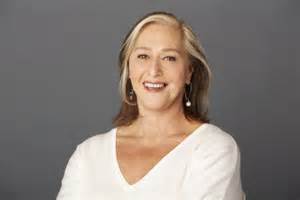 Yesterday I featured a review of A Survival Guide to Parenting Teens by Joani Geltman. Today, I’m following up with some questions and answers where Geltman talks about the challenges of parenting teens, keeping the lines of communication flowing,  mistakes parents typically make, and more.

Here’s a bit of background on Geltman from her bio:

The author of a new book, A Survival Guide To Parenting Teens (AMACOM May 20, 2014), Geltman has been featured in, or written for, USA Today and The Boston Globe. Her writings have appeared online at The Washington Post, Huffington Post, Psychology Today, Mommy & Me, Boston.com, Working Family, Global Post Parenting, and on scores of blogs. She was also featured as a parenting expert on Better TV, Good Day New York (Fox), Good Day Connecticut (Fox), and Fox-TV in Boston.

Geltman, who previously authored I Get It: Three Magic Words For Parents Of Teens, has served as an adjunct professor for the past two decades at Curry College in Milton, MA. Geltman teaches in the department of psychology, covering child and adolescent development, family psychology, and dysfunctional family life.

In addition to her professional experience, she knows firsthand the perils of raising a teenager. Her daughter, Ari Graymor, has grown into the star sitcom actress of CBS television’s new series, Bad Teacher.

A resident of Natick, MA, Geltman earned her Bachelor of Science in education from Lesley College and her Master of social work from Washington University. To find out more, visit www.joanigeltman.com

What is the most challenging part to parenting a teenager?

JG: For most parents, trying to understand why their teen does so many “stupid” things, makes so many “stupid” decisions, and doesn’t want to listen to their advice gained from so many years of experience is crazy making! Without understanding what drives their teen’s behavior, parents just go from one crisis to the next, throwing around consequences and punishments hoping that something they do will stick and change their teen’s terrifying ways. But alas, just saying don’t do it or you better not, and then grounding them when they do, does not change behavior. Many parents of teens feel an enormous loss of control. “Because I said so” is no longer an effective parenting tool. You cannot parent a teenager the same way you parent a younger child. It is this redefining of parenting style that most parents of teens are unprepared for.

Doesn’t every stage of parenting present hurdles and roadblocks? What’s so different about the teen years?

JG: Teen brains are experiencing enormous growth. This means that they are literally seeing the world through a new lens. Additionally in adolescence, the emotional part of the teen brain is in higher activation than their thinking brain, which is completely opposite from the way an adult brain functions. This means teen behavior is driven by emotion and impulse rather than by the rational and the thoughtful. Except for the first 18 months of life, there is no other time in life when there is such extreme brain change. It’s biology baby! For parents this is scary because just as their teen’s brain sees the “awesomeness” of it all, they are exposed to experiences that carry tremendous risk.

How should parents talk to their child about sex, sexting, and dating?

JG: With understanding and honesty. Parents should really try to stay off the lecture circuit. Telling teens how they should behave will fall mostly on deaf ears. Saying: “ I get you are going to be interested in sex. I know I’ll have to get used to thinking about you in this new way. I know you will be in situations that you have never been in before with boys/girls. I also know kids talk to each other in very sexy language, and I’m guessing that can be pretty fun, but it can also get you into real trouble. Here are some of the things I do not want to see on your phone or computer.” Parents should say all those “dirty” words they do not want on their kid’s phone. Saying “inappropriate language” just won’t cut it. Kids need to hear what it sounds like out loud!.

What can a parent do to keep the lines of communication flowing with their teenager, to ensure honesty, openness, and forthrightness?

JG: The biggest barriers to open communication are words that criticize and judge. For example when parents see their teen wasting time online and texting when they are supposed to be doing their homework, they are more likely to say: “Stop being so lazy, and get off that damn phone.” Rather than: “I get how important your friends are to you, and how important it is for you to check in with them, but homework is important too, and we need to find a strategy that gives you time for both.” Now, instead of teens feeling like they have a character flaw, which pushes them into arguing and defense mode, they can work on solving a problem.

What are four typical mistakes or assumptions parents make about their teen children?

JG: Parents think that their teens do not want to spend time with them. WRONG. In a survey I did with teens in 9-12th grades, almost all the kids said they wish they could spend more time with their parents. Just don’t do it on a weekend night!

Labeling their teen. Many parents see their teens doing bad things, and label them as bad. Not true!! There is a huge learning curve during the teen years. Part of the process of leaning is making mistakes, and making bad choices. Making these learning opportunities rather than just punishing “bad behavior” is what changes behavior.

Over-thinking and over problem-solving. Many times teens come to their parents to just vent about a situation they are having trouble with. They aren’t looking for a fix, just a shoulder to lean on. Parents like fixing, and go right to the “here’s what I think you should do…” Teens then react with anger, and “you just don’t understand.” And the lovely moment has gone ugly.

Unrealistic expectation. Not all teens are meant to be honor roll students. Some have strengths in other area that as life goes on will be equally if not more important in the long run of adulthood.

What inspired you – or rather, what events necessitated you to pen A Survival Guide to Parenting Teens?

JG: I can’t tell you how many parents come up to me after one of my parenting seminars or email me with a “can you just tell me what to do about….? So much of parenting a teen is going from crisis to crisis, and a tomb on the psychology of adolescence is useless in that minute. I wanted to give parents their own “parenting coach” for those moments when they just need a game plan. I think the 80 tips in the book cover most situations parents of teens face daily and need a quick go-to.

Let’s face it. Parents cannot monitor everything and don’t have the time or energy to get involved in every aspect of their child’s life. Should parents just trust their child and give them independence and be free to make mistakes?

JG: Making mistakes is a good thing, when it comes to natural consequences. Not getting up on time for school and getting detention; waiting till the last minute and failing to get a paper or project in on time and getting a bad grade; staying out past curfew and missing out on going out the next weekend; forgetting homework and leaving it at home and getting a zero; these are all things kids should and can be responsible for, and yet these are the things that most parents rescue their kids from, worrying that it will affect their grades or chances to get into honor classes. Monitoring technology until a teen brain has matured enough to manage dangerous impulses is worth that energy. Serious mental heath issues, and legal consequences, these risks are just too steep.

How has parenting a teen, circa 1984, changed from raising one today?

JG: As teens, this generation of parents experienced much of what their teens are experiencing; teen angst, puberty, alcohol, drugs, sex, so at least that gives them some perspective. But technology was not a part of their teen years. Unfortunately we have all jumped in the pool together and parents and teens are sharing in the excitement of all this new technology simultaneously. But teenage use and adult use are not the same, and no one was prepared for how all this technology could and does impact a teen’s life. Who knew teens would be sending naked pictures and using language fit for 1-900-SEXY as just part of the normal teenage experience, or that the family TV would become a dusty relic as teens hunker down in their caves watching movies, playing games and getting naked away from the prying eyes of mom and dad.

What are the rewards to investing time and attention to your child’s well being during their tumultuous teen years?

JG: The most exciting part of raising teen is watching this new person develop, like seeing your baby walk for the first time. They are now capable of seeing all that the world has to offer. They are at the buffet of life, and they will need to try out different offerings to see what is right for them. Everything a parent has taught, and nurtured up till this point is all in the mix, and parents need to trust that. A parent’s greatest gift to this emerging adult is to let go of their own expectations of what they want their teen to become, and let their teen become who he/she is meant to become.