Julie Sternberg’s first book, Like Pickle Juice on a Cookie, won quite a few awards and launched a series that followed with the title Like Bug Juice on a Burger, which also garnered awards. She received her MFA in writing for children from the New School, and she lives in Brooklyn with her family. Visit her website at www.juliesternberg.com. (To find out more about the illustrator, Matthew Cordell who lives outside Chicago, go to http://matthewcordell.com/.)

The next book in Sternberg’s series, Like Carrot Juice on a Cupcake, is soon to be released, and Sternberg is celebrating with a blog tour that includes a stop here. Below you’ll find her essay about her inspiration for each of the books featuring Eleanor, a series targeted to readers aged 7 to 10. You may be surprised to find out what she had in mind when she planned to write her latest book.

I’m thrilled to be able to give away a complete set of the three books to one reader at Mother Daughter Book Club. com. Please note: the giveaway is closed. Congratulations to Sewing on winning. 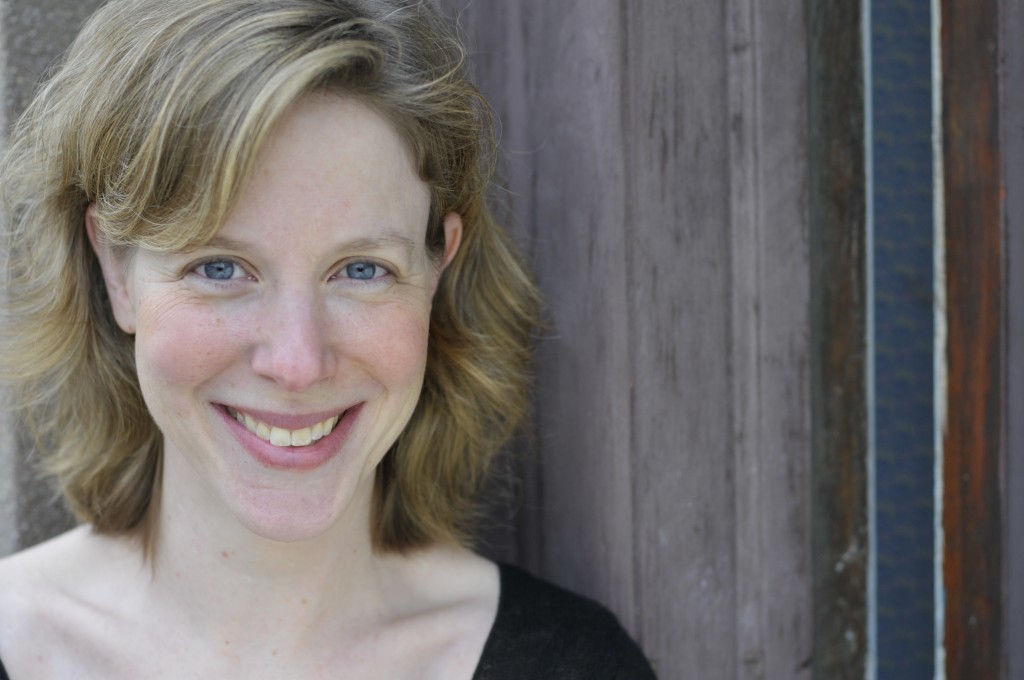 My daughters don’t complain about my writing, but they should. I have a bad habit of stealing difficult moments from their lives and turning them into stories.

After their beloved babysitter moved away, while all of us were still feeling miserable, I wrote a story about a girl named Eleanor who is struggling because (this is not going to shock you) her beloved babysitter has moved away. That story evolved into my first book, LIKE PICKLE JUICE ON A COOKIE.

Sometime later one of my daughters became deeply homesick at sleepaway camp. And so, in my second book, LIKE BUG JUICE ON A BURGER, Eleanor faces a slew of troubles at a similar camp.

I have another series in progress, too, called THE TOP SECRET DIARY OF CELIE VALENTINE, that was drawn in part from various fights my two daughters have had.

But neither of my daughters inspired my third book about Eleanor, LIKE CARROT JUICE ON A CUPCAKE, which comes out this month. Since bad things happen to Eleanor in her first two books, I wanted her to do something bad this time. As my inspiration for that story, I looked only to myself.

I think I’m a nice person. (I try!) But there have been times when I’ve said or done the wrong thing and ended up hurting someone. And then I’ve felt rotten. So, in CARROT JUICE, Eleanor says and does the wrong thing, and ends up hurting her best friend, Pearl, as well as a new girl in school. Then Eleanor feels awful and sets out to make things right.

I can’t say whether either of my daughters has acted as badly as I have. And, now, as Eleanor has too. I hope it’s happened to many people. I’d feel better about myself, and it’s always nice to write about an experience lots of folks can relate to. Regardless, I enjoyed making Eleanor naughtier this time around, and trying to figure out how she could possibly fix it.

I enjoyed thinking about kindness in expected places, too. Or the mix of good and bad in all of us. So Eleanor finds surprising support from a boy in her class, Nicholas Rigby, who usually just misbehaves and gets her into trouble. And Eleanor’s typically thoughtful father helps her by revealing an alarmingly thoughtless moment from his past.

I love that I’ve had the opportunity to write a series of Eleanor books, because with each one I’ve learned more about the characters; and they’ve become ever more real to me. I hope that’s true for my readers, too.

Want to Know More About Sternberg and Her Books?

Here are the other stops on the blog tour: