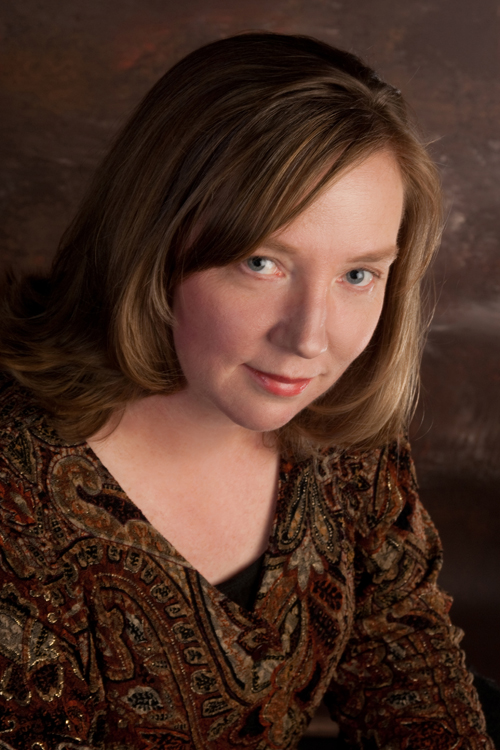 Yesterday, I featured a review of Operation Oleander, a book for young readers that explores complicated issues of members of the military and their families assisting civilians in war zones. Today I’m excited to feature an interview with the author, Valerie O. Patterson, who shared her thoughts about some of those issues as well as about her life as a writer. To find out more about this author and where she’s appearing next as part of her blog tour, visit the events page of her website.

Here’s a little more information about Patterson: She grew up near a military base on the Gulf Coast of Florida. She often draws inspiration for her writing from that place of her childhood. Patterson holds an MFA in Children’s Literature from Hollins University. Her first novel for teens, The Other Side of Blue, was published by Clarion/HMH in 2009.

She is a member of the Society of Children’s Book Writers and Illustrators, Mystery Writers of America, the Children’s Literature Association, and the Authors Guild. An attorney by day, she lives with her husband in Leesburg, Virginia. For more information about her life and work, visit her website: www.valerieopatterson.com.

VOP: I can’t remember not enjoying reading and writing.  In elementary school I wrote poems and then stories. When I discovered Jules Verne had been a lawyer, a redhead and a writer, I knew what I wanted to do! I also wrote longer stories (I called them “novels”) in middle and high school, mostly about horses. My friend and I vowed to live on a ranch. My friend has realized that dream. I still write about it.

VOP: Writing helps me understand what I think about things. It helps me feel I am connecting with others and the broader world. Melanie Rae Thon, quoted in Letters to a Fiction Writer, edited by Frederick Busch, said: “In our desire to understand, in the constant movement between ourselves and others, we may find redemption.” I see the world in imagery and metaphor. I love the music of language. I also like the hope and possibility of fiction.

What do you find most challenging?

VOP: Plot! I know that sounds funny. But sometimes the overall plot and pacing elude me. I get bogged down in the details and forget about action. It’s all about moving the story forward, but sometimes I spend too much time admiring the view.

What books had an influence on you growing up?

VOP: Little Women’s Jo made me realize that I could follow my writing dream. I wore out The Golden Book of Poetry, edited by Untermeyer, until the cover cracked. I still have it on my shelves. I credit the King James Bible—not only for its spiritual guidance—but for the sheer power of its language, even when I didn’t understand all the words.

VOP: I didn’t live on base, but I did grow up in a Navy town. I had friends who had base access. I was able to go with them to the PX or base club.

What do think are some of the special challenges kids may face while living on a base?

VOP: A positive thing about living on base is that you have a readymade connection to everyone else living there—the military family. You share similar values about duty and honor and service. At the same time, I imagine the challenges include issues faced when living in any small town: everyone knows your business. On a military base, that’s even more the case. An infraction by a dependent may be reported to the military member’s commanding officer. Imagine having your speeding ticket as a teenager reported to your mom’s boss! In the book, Mrs. Johnson is a little bit of the nosy neighbor but she also comes through to be a “neighbor” in the truest sense.

Jess is conflicted because she wants to help the orphans in Afghanistan but she doesn’t want to put the US troops in danger. Do you feel the connection between local civilians and combat troops present many opportunities for these kinds of dilemmas?

VOP: This is a difficult question. Yes, I do believe instances occur when the mere presence of U.S. soldiers can draw resentment from some quarters within a foreign area. Extreme elements might interpret acceptance of U.S. assistance as collaboration with the enemy, and lead to what happened fictionally in Operation Oleander: an attack on an orphanage.

Trent Reedy in his award-winning novel Words in the Dust wrote about the positive impact of the U.S. presence in Afghanistan for the people there, and, in particular, the girl Zulaikha, for whom the U.S. presence meant her cleft palate was repaired and helped ensure she would live a more normal life. As Katherine Paterson put so well in her introduction to that wonderful book, “I am passionate about peace,” but when the pullout occurs, “what will happen to the women, what will happen to the girls, what will happen to Zulaikha?” So, as with most of difficult situations we face in life, there are sometimes conflicting outcomes. And we don’t often know when we are doing something what its consequences will be in the long run.

The situation you describe with members of a religious sect showing up to protest at the soldier’s burial happens in real life. What did you want to show by having Jess engage with the protestors?

VOP: At that point in the novel, Jess has suffered a great deal. Her father is injured, her best friends’ mother has been killed, and her best friend has shut her out. Jess has been criticized from within parts of the community for her charitable effort. She questions herself as well. To have antiwar protestors choose this time and place to protest the war seemed to be the final straw emotionally for Jess. It wasn’t hard to imagine a blind anger she might feel at that point. Sometimes we act out of anger because we lack the words to deal effectively with a situation. And, sometimes, “righteous anger” is an appropriate response.

Jess faces a lot of issues that would be difficult for anyone, let alone a young girl to navigate. What do you see as her strengths as faces each issue?

VOP: Jess has been instilled with values of service, duty, and honor. She has the examples of her father and other members of the military. She perseveres when she believes she is right. But she is able to question herself, her motives, to examine if there is another, better path. That requires self-awareness that some people, old or young, don’t have. They can’t put themselves in another’s shoes. At the same time, Jess is not a pushover, bowing to the surge of critics. She remains her own person. I admire that quiet strength of her character.

VOP: Thank you for the opportunity to share my book with your readers.