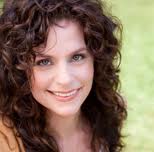 Here is a A conversation with Jessica Maria Tuccelli, author of Glow. You may also be interested in my review of her book.

Glow is steeped in the geography and folklore of northeast Georgia and Southern Appalachia, yet you were raised in New York City. Why did you decide to set your novel in this region, and how did you come to learn about this part of the world?

JMT: It was an adventure: I’d written the first chapter of Glow, but I didn’t yet have a setting. The world of Glow is an unconventional one, meaning ghosts inhabit the landscape just as easily as living beings, sometimes the two even being interchangeable. I needed an environment that could support and evoke that. My husband and I drove from Manhattan down the east coast, and when we arrived in Northeastern Georgia, I knew I had found the ideal surroundings for my story. The forest was wet and lush and fertile with spooky pockets of light and dark, and exotic flowers the likes of which I’d never seen before in the United States. There were mountains, hidden coves, cataracts, and cavernous gorges, the perfect playground for my characters, the perfect place to befriend a ghost. The confluence and clash of cultures lured me as well—Cherokee, African-American, Scotch-Irish—with such deep-rooted histories, yet still vibrantly alive.

In Glow, you write mainly in the voices of people of color (both African-American and Native American). Is it challenging to write characters that are culturally and ethnically so different from you?  What inspired you to do so?

Inspiration is elusive. I write out of drive and a visceral need to create, a need to understand the human condition, a need to understand others and myself, a need to connect to others in and outside of my community. What infuriates and ignites me is intolerance. My mother is Italian and Catholic and my father was an American Jew, and as a young girl and as a teenager, I was often on the receiving end of racial hatred and violence. At home, I struggled with being a “half and half,” a misfit who did not fit into either parent’s community. In GLOW, two of my main characters are “mixed race,” and struggle with their sense of identity and belonging. Figuring where we fit into society—racially, culturally, sexually, who we are and what we stand for despite preconceived cultural concepts and oppressions—is one of the themes I explore in Glow.

As you were completing your work on this novel, you gave birth to your first child. Did this impact your view of the story or change your approach to the final stages of the writing process?

JMT: Polishing certain scenes became physically and unbearably painful because I was no longer seeing through the eyes of the daughters fighting for freedom, but as the mothers with a visceral and instinctual imperative to protect their children from the demons and bullies of the world.

Glow covers a large span of time—from Andrew Jackson’s expulsion of the Cherokee to the Japanese attack on Pearl Harbor. What kind of research did you do to get a detailed historical understanding of each period?

JMT: I read the history books one would expect of someone writing a historical fiction. I also read what people were reading at the time: Life Magazine, Harper’s Weekly, cookbooks and newspapers, especially the obituaries; I listened to oral histories and the music of the period, and even went up in a 1929 biplane for my barnstormer scene to get the experience of what that must have been like. But I would say what made it all come alive for me were the people I met in my travels through the Georgia mountains, in particular Robert Murray, who was Appalachian born and raised, who was a living encyclopedia and the curator of the Foxfire Museum in Mountain City, which is dedicated to preserving the traditional folkways of the Southern Appalachian people. He showed me how to hem a hog, gird a tree, make weave rope out of dog hobble, amongst many other skills of simple living. For me it’s not so much about understanding the facts of the period, but connecting to the experience of being in that period, of surviving and thriving under certain conditions and then making it personal.

What would you say is the overriding theme that unites the many different threads of Glow?

JMT: Glow takes place over four generations. It begins just prior to the Trail of Tears and ends just before the US entry into World War II. From one holocaust to another, linking two moments in history that people don’t generally consider in one breath. It’s the story of mothers and daughters, misfits, identity, friendships, betrayals, and love. It speaks to the power of companionship. And human connections that prevail against forces of history that no one can escape. At its core, it’s about mother love in the most primitive sense of it, as in one’s primal need for a mother, and also the lengths to which a mother will go to protect her child.

Q: You’re a graduate of MIT. How did you make the leap from that sort of atmosphere to the world of literature?

When did you start telling stories?

JMT: When I was a child, my best friend, Darice, lived miles away. So we wrote each other letters. We pretended we were twins and our parents had sent Darice on holiday to visit a quirky old aunt in Paris. Neither of us had ever been to Paris, but Darice gleaned what she could from the Encyclopedia Britannica while I filled my letters with the antics of our fictitious brother who was busy in our basement blowing up things with his new chemistry set. In this way, Darice and I would be a little less lonely. It was my first foray into storytelling.

For me, it is a most intimate of experiences, sharing my imaginary world with someone. It’s a way of connecting to my fellow human being.

How did you go about crafting such an intricate plot?

JMT: My background is in film and theatre, and my strength is improvisation, which is the method to my madness, as the saying goes. I basically arose every morning, allowed a voice to come into my head, and wrote down what it had to say. If nothing came, I would pose a question to one of my characters. The key was to leave my desk with the scene unfinished, so that I had something to come back to the next day. My first mentor gave this advice to me, and it fuels my writing engine. It does make for a wild and unbridled first draft, but that kind of freedom is crucial to my process. When I was a little girl, my grandmother took me to the Uffizi in Firenze. As we passed a series of four unfinished sculptures by Michelangelo, the guide told us that Michelangelo believed the sculptures existed within the marble and his job was to reveal them. I like to think of a first draft like that marble, where the narrative is within the draft, and one must actively, thoughtfully, chip away and reveal it.

What was it like writing from not one, but several very unique perspectives?

JMT: Natural. Prior to writing Glow, I had been working for many years in film and theatre, most recently crafting one-woman shows; so multiple voices came naturally to me. Also, my ear is drawn to the nuances of language. The music, the beauty or ugliness of words, the cadences and tropes—these are my toys and my tools. The challenge for me was writing beyond dialogue. Subtext is the lifeblood of a script, and the actress and her connection to her inner life feed those unsaid words.

Do you have any particular authors or favorite novels that have played a prominent role in your reading life?

JMT: Most definitely. Toni Morrison for her use of language, her themes of mother love and identity, and her daring with language and the narrative form, especially in the Bluest Eye. Alice Walker for her entire oeuvre. Edward P. Jones for The Known World, one of my favorite novels, a masterpiece in storytelling. I especially enjoy experimental writing, including Finnegan’s Wake, Alice’s Adventures in Wonderland, most of Gertrude Stein, and all of William Faulkner. For magical realism, Gabriel García Márquez. For the art of detail, Flaubert’s Madame Bovary. For her eloquent and powerful short stories, Flannery O’Conner. For economy and potent images, the poets Victoria Redel, Billy Collins and T.S Eliot.