↓
Home Menu ↓
Home→Author Interviews→Interview with Loretta Ellsworth, Author of In a Heartbeat
Tweet 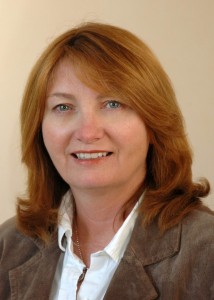 Years ago, author Loretta Ellsworth gave up her job as a middle school Spanish teacher to write books for young adults. Her newest to be released is called In a Heartbeat, a story about a young organ donor, the girl who receives her heart, and how one small everyday action can have ripple effects. I reviewed In a Heartbeat yesterday, and announced that I’m giving away a copy of this book to one reader who comments on my post. Now here’s an interview with Loretta that will help you learn more about the author and her books.

How did you become a writer?

LE: I always loved to write but never considered it seriously until I worked part-time at a local library—being surrounded by books can do that to you. I started out slowly, writing articles for magazines and taking classes in fiction writing. My first article was published when I was 30. It took more than 10 years after that to sell my first book.

Tell us a little about how you spend your time writing.

LE: I try to write every day, but I’m very flexible about when I write. With my first two books I had four teenage children and a teaching job, so I had to write whenever and wherever I could; at soccer practice, doctor offices, etc. I usually start with an idea or character and go from there—I never know where the story is going; that’s part of the fun of writing, to discover the story as I go. It also means quite a bit of revision, though.

Has your life been affected by an organ transplant, either through a donor or recipient?

LE: I started this book shortly after my mother died of congestive heart failure and my nephew was killed in a motorcycle accident. We were surprised to find out that he had signed up to be an organ donor on his license— he’d never told his parents about his decision to do that. Although they couldn’t save his heart for transplantation, many of his other organs were donated. These two events happened within a few weeks of each other, and for a while I couldn’t write. When I did start writing, I felt compelled to write about an organ transplant and I wanted to include the donor’s voice. I think it started out as therapy for me; a way to write through my grief.

What kind of research did you conduct to write In a Heartbeat?

LE: I read books and hospital websites, and did a lot of research on organ transplants, talking with doctors, nurses, transplant coordinators, and recipients. I also conducted research on skating, since none of my children were skaters. I spoke with coaches, moms, and competitive skaters, and spent time at the rink.

Did you consult with organ recipients? Did you talk to families of donors? What about doctors or other experts?

LE: I spoke with two different recipients, who were both kind enough to share their experiences and feelings. I also spoke with doctors, nurses, and transplant coordinators.

What do you feel is the most important message of In a Heartbeat?

LE: I don’t write with a message in mind—message-driven books are often heavy-handed, and teens don’t want more lecturing. In this book I just wanted to explore character and relationships while creating a compelling story.

This book is as much about the relationships between mothers and daughters as it is about organ donation. What were you trying to convey through Eagan’s mom and Amelia’s mom, who both seem to have very different approaches to mothering?

LE: Someone I know lost her mother when she was young, during her turbulent teenage years, and they didn’t always get along. After going through those years with my own mother, and now with my daughter, I realize that if her mother had died when she was older, after they’d gotten through those difficult years, it would have been so different for her— this was how I approached Eagan’s mom. Having a child with disabilities and medical problems, I’ve often felt that I had to be strong enough for both of us, to keep my child going when he’s down. I think this was how I approached Amelia’s mom. Both mothers have their strengths and frailties– it just comes out differently.

What other books have you written?

LE: My first book was The Shrouding Woman, a story set in the 1870’s in Caledonia, Minnesota. It’s about a girl whose aunt is a shrouding woman—someone who prepared bodies for burial. It’s a time-honored tradition that dates back thousands of years. My second book was In Search of Mockingbird, a story of a girl who travels by bus to Monroeville, Alabama, with the hope of meeting of her favorite author.

Are you working on anything now?

LE: I’m working on two stories right now— one is about a boy with a perfect memory, and the other story, set in the 1960’s, is about a girl looking to make her mark on the world.

Is there anything else you’d like to say to members of mother-daughter book clubs?

LE: What a great way to connect and communicate! I wish I had belonged to one when my daughter was young—now that she’s in her twenties we share books back and forth and she has become one of my first readers. And I also have two daughters-in-law who are both avid readers, so we all read the same books and discuss them—we’re currently reading The Hunger Games series (by Suzanne Collins).

You may also be interested in checking out other blogs where Loretta has appeared this month as part of the blog tour for the release of her book. Here’s where you can find her:

Books by Their Cover: http://booksbytheircover.blogspot.com